Private sector lender YES Bank’s Q2 results show improvement in asset quality and decline in provisions. The performance continues to be in line with strategic objectives set by the bank under the ‘new journey’ , resulting in sustained improvement across parameters.

Net Interest Income(NII) : NII, which tells the difference between interest earned on loans and expended on deposits, grew 3.4% to ₹ 1,973.4 from the previous quarter. The same was down 9.7% from the same period last year.  NII this quarter was aided by Higher Net Interest Margin (NIM), that grew 10bps (0.1%), quarter-on-quarter.

Provisions and NPA: Provisions declined by 11.2% year-on-year, but increased by 9.2% from the last quarter, to ₹ 1,187 crore. Provisions include ₹ 548 crore predominantly for non-performing investment exposure in a diversified conglomerate.

Investor Base: With SBI Holding 30% stake after the FPO, followed by Bay tree, ICICI Bank and HDFC Bank, YES bank has a strong asset base. 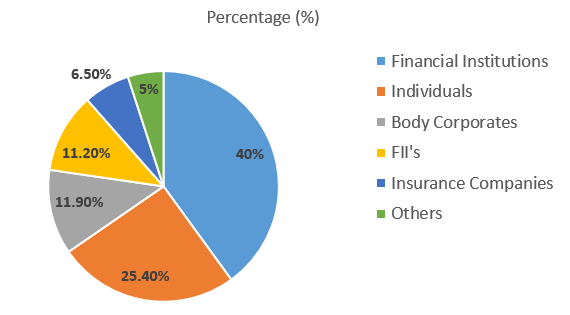 YES bank ended Monday’s trade at ₹ 13.15. The bank expects to disburse ₹ 10,000 crore of loans to MSMEs and retail segment in the coming quarter. The bank as per the filing, has a distribution channel in place to aggressively ramp up low cost retails deposits, that will eventually favour the NII going forward. With credit rating and outlook upgrades from ICRA, Moody’s, CRISIL, the banks growth is complimented , along with robust numbers quarter-on-quarter.