Most of the global markets ended lower in the week, as US Treasury Yields soared to their highest levels in one-year, raising concerns of FII outflows from economies. While central banks around the world maintained their dovish policy stance to support an economic recovery, concerns about a resurgence in coronavirus infections in certain countries soured sentiments. 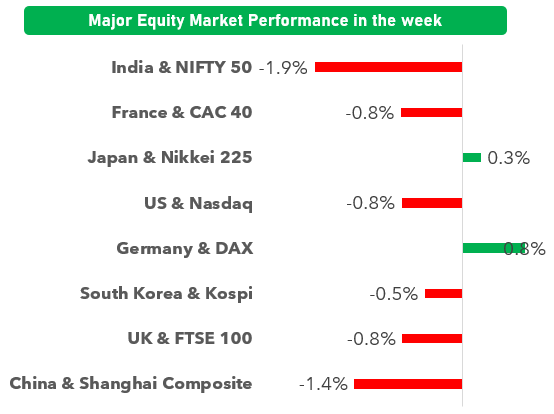 Stocks retreat from record highs: US indices began the week on a strong note, as good progress on vaccination, stronger economic outlook and supportive monetary and fiscal policies kept sentiments upbeat. However, the indices retreated from record highs as US Treasury Yields soared to a 14-month high on Wednesday, ahead of the FOMC meet.

Energy, financials impacted: Energy stocks fell sharply as oil prices saw their biggest daily drop in many months, due to rising U.S. inventories and demand concerns around the world, owing to resurgence of Covid-19 cases in Europe. The increase in yields augured well for banks’ lending margins and supported financial stocks for most of the week. However, the sector fell back on Friday after the Fed announced that it will not be extending the exemption to hold lower capital reserves, which was put in place earlier in the year.

Rising Yields on top of investor’s minds: US 10-year yields jumped to a 14-month high of 1.750% (intra-day) on Wednesday, after the Federal Reserve raised its growth and inflation forecasts. However, the yields pulled back from record highs, after the Fed reiterated that it will continue its bond purchasing program to inject liquidity. There were concerns that the US Federal Reserve will have to taper its bond purchases and consider interest rate hikes due to rise in inflation, similar to ‘taper tantrum’ witnessed in 2013. Bond Yields are on the rise due to fears of rising inflation in the United States. 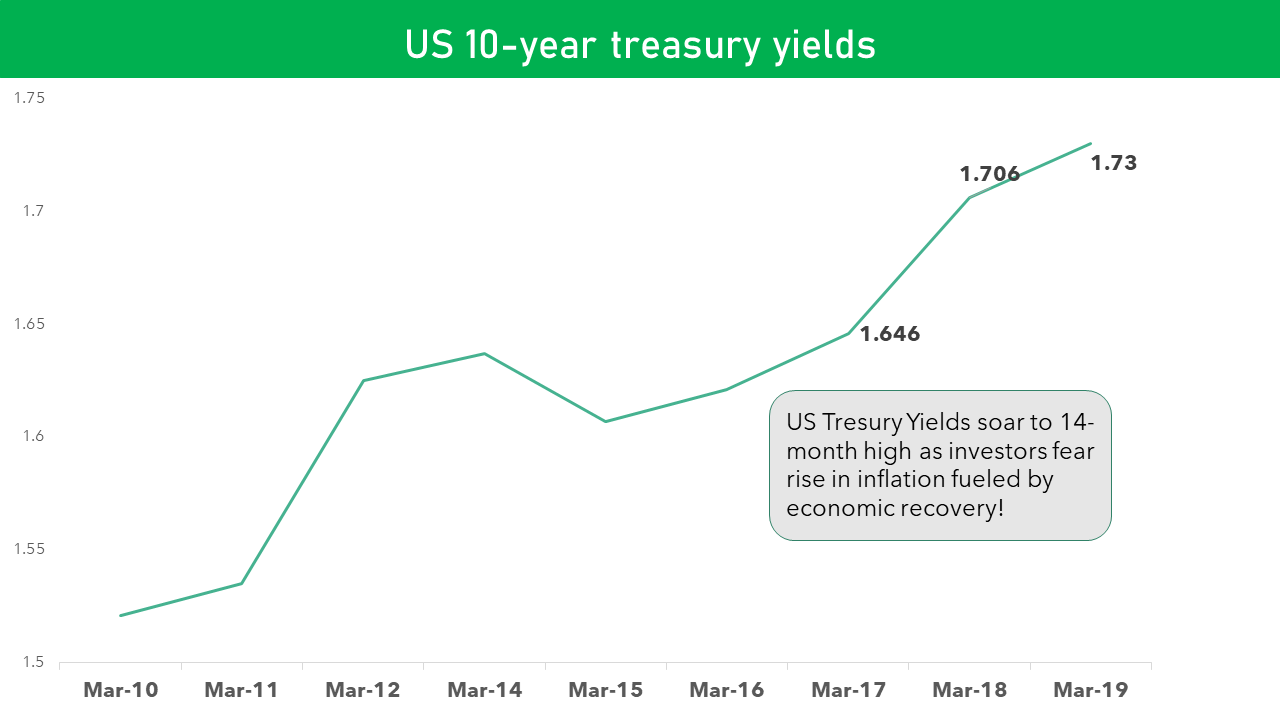 Fed expects faster economic recovery: The Federal Reserve raised its median forecast for growth and inflation in the United States, anticipating that the $1.9 trillion economic stimulus will lead to quicker recovery. According to Fed’s latest estimates, the US economy is expected to grow by 6.5%, up from a December estimate of 4.2%. 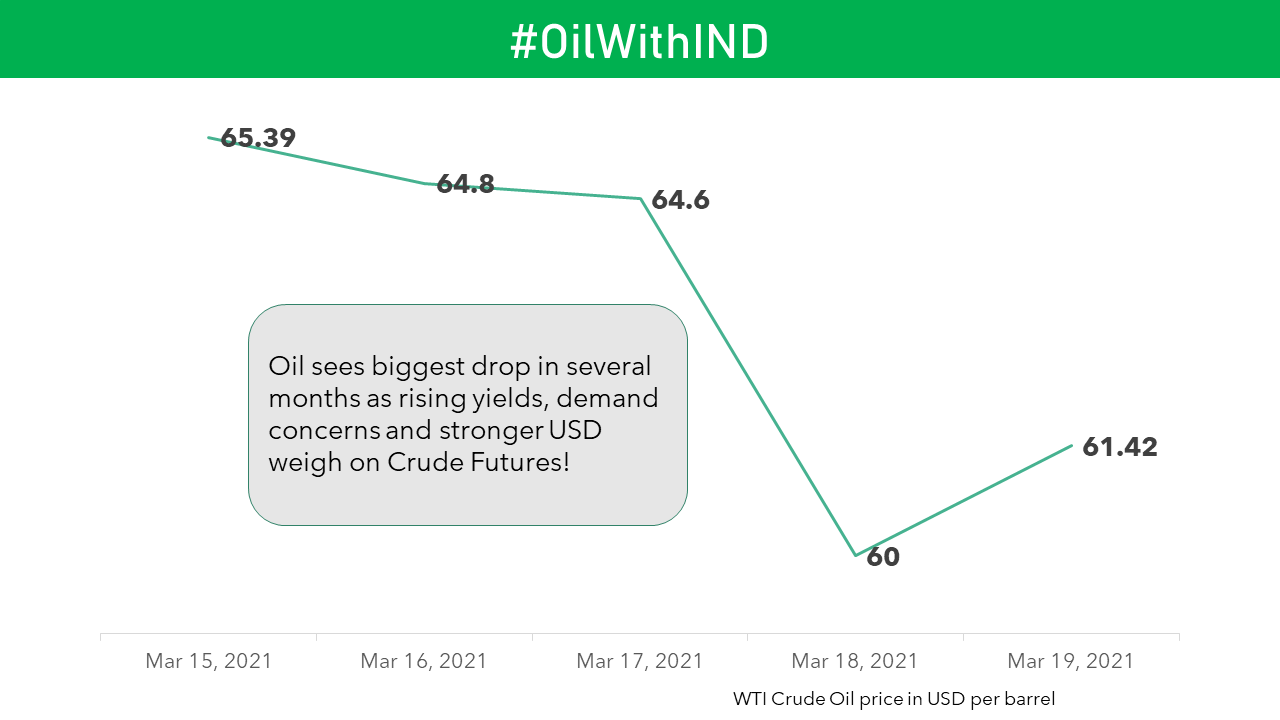 FOMC Meet, FTSE rebalancing, IPOs on investors' radar this week: The Indian equity market rebounded after 5 consecutive days of decline on Friday, as a pullback in U.S Treasury yields from on-year highs calmed nerves. The Sensex and Nifty ended the week nearly 2% lower, owing to a pullback witnessed on Friday. Value buying emerged on the final day of the week, as the Sensex and Nifty corrected by more than 4% in the last 5 sessions. Read our analysis