US indices closed sharply higher on Monday to end a topsy-turvy January. Beaten down tech stocks reversed some of their losses to end higher. All three major stock indexes finished in green.

Another bumpy ride ended on Friday with the Nasdaq recovering much of the ground it lost in the previous session, as Amazon's positive earnings capped a week of mixed big-tech numbers. Over the week, Dow and S&P gained over 1% and Nasdaq up 2.4%.

Jobs Report: Labor Department jobs report showed a surprising gain of 467,000 jobs in January, roughly 3x of consensus expectations, despite the impact of omicron. The unemployment rate ticked higher to 4.0%, but this seemed to reflect an increase in the labor force participation rate, which rose to its highest level of 62.2% since the start of the pandemic. Observers pointed to the end of the increased federal Child Tax Credit and easing coronavirus concerns as encouraging a return to work.

Quarterly Earnings reports: It was one of the busiest weeks of the Q4 earnings reporting season, with 112 companies in the S&P 500 scheduled to report results. These included several mega-cap names like Meta, Alphabet, PayPal, Amazon, Snap, Starbucks,  etc. Meta reported a decline in Facebook’s average daily users and its guidance for slower revenue growth resulted in a 26% decline in its stock price and wiped a record  $232 billion off its market capitalization on Thursday. Conversely, Amazon’s report of better-than-expected earnings, driven in part by its Web services business, helped the indexes jump back Friday morning.

Market Volatility: After falling into correction territory (-10%) in late-January, equities found footing last week, rising in four of the five days to log a modest gain. It shows that the declines have been most acute in last year's top gainers, and in the areas carrying the highest valuations, including the tech sector, with the tech-heavy NASDAQ down by roughly twice as much as the Dow and S&P 500 in 2022. Again the Q4 Earnings from tech giants like Alphabet, Meta and Amazon are impacting market’s gains and losses. 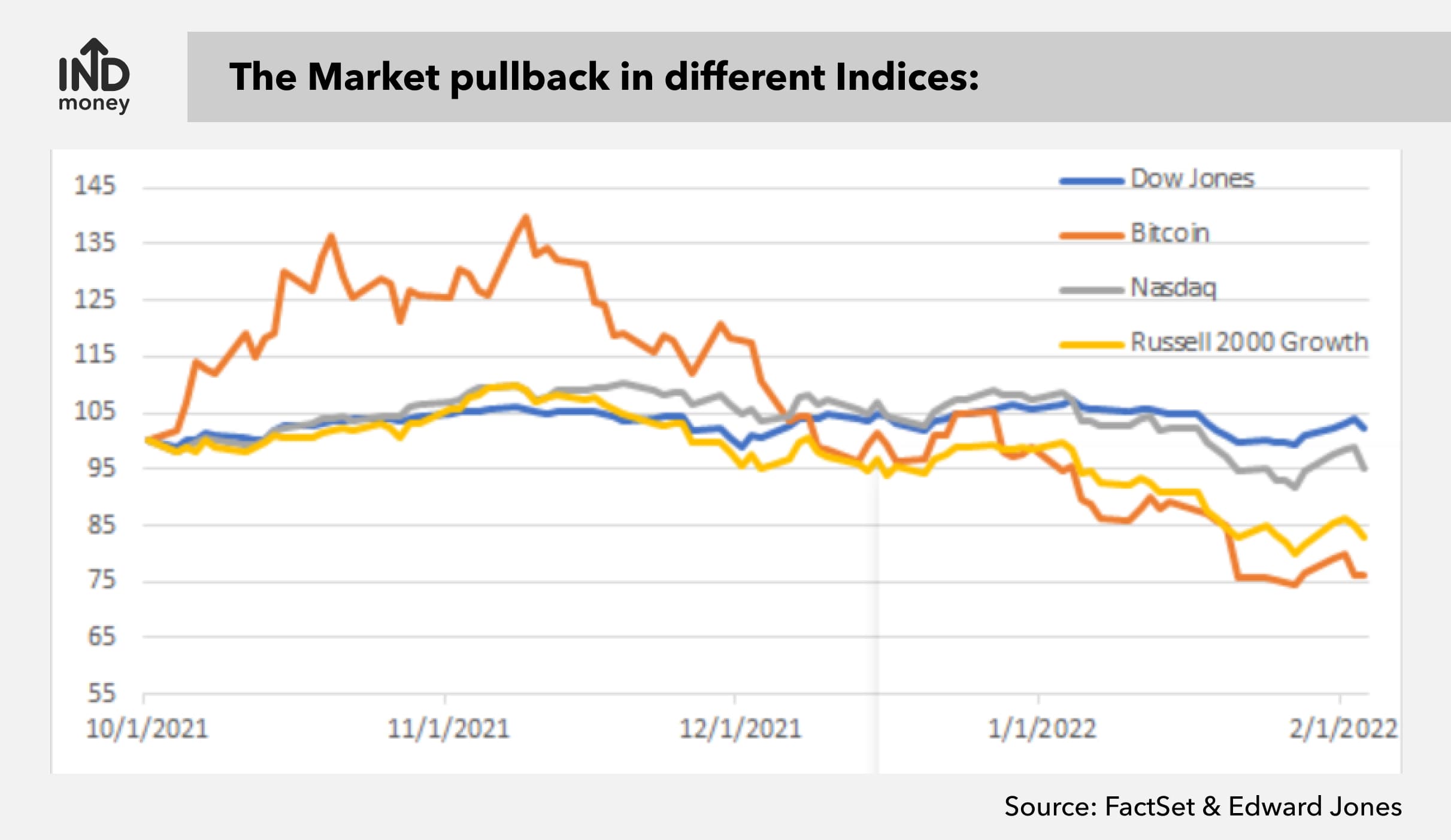 Oil Prices Rise: Energy shares performed best, as U.S. oil prices rose above $90 per barrel. The rise in prices comes after ongoing worries about supply disruptions fueled by frigid U.S. weather and ongoing political turmoil among major world producers. as major oil exporters. OPEC+ has agreed to stick to only a modest production increase in the face of high demand. Brent ended the week 3.6% higher, while WTI posted a 6.3% rise in their longest rally since October.