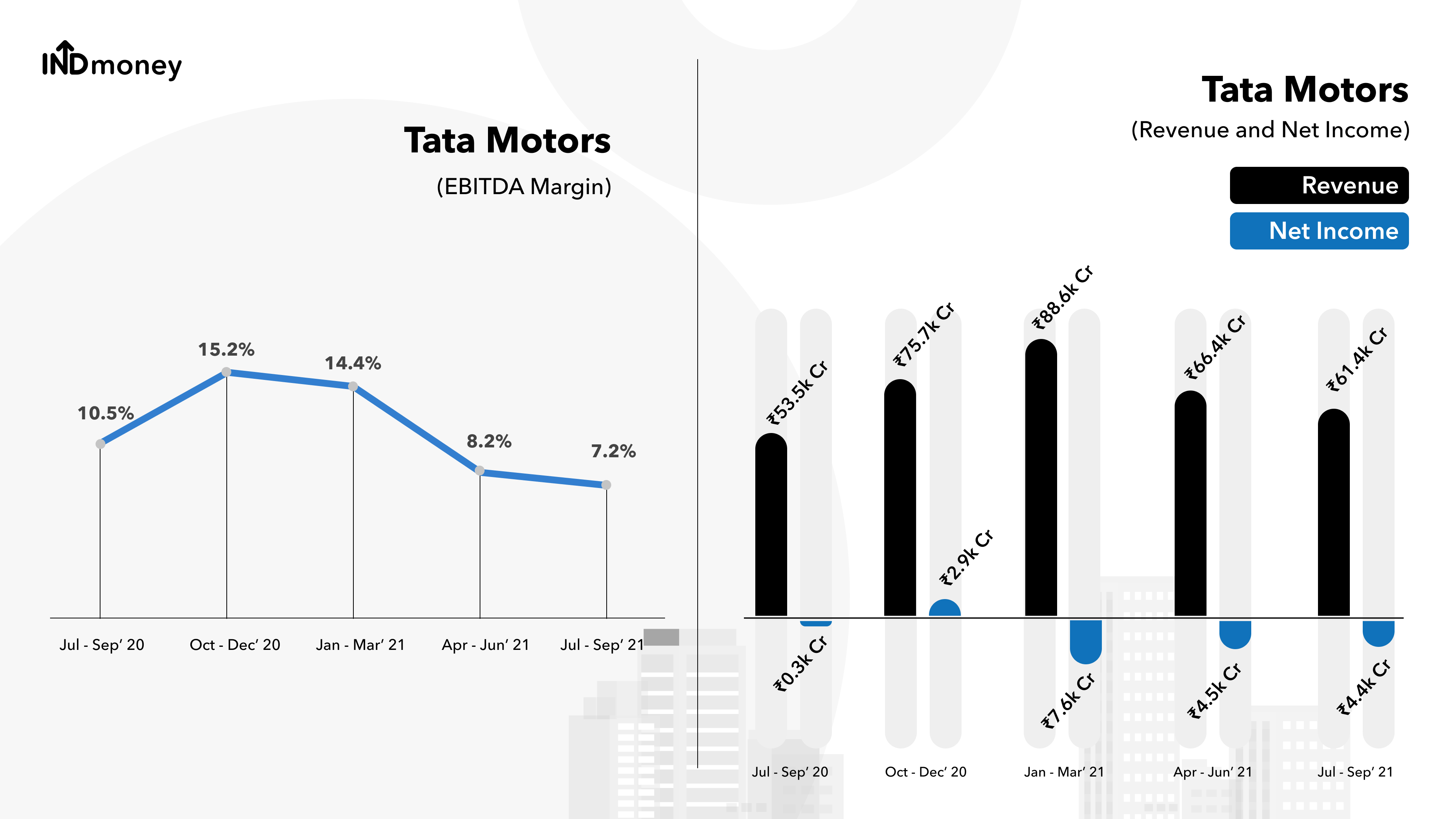 Tata Motors India Update: The India business of the company reported a pre-tax loss of Rs 800 crore because of a semiconductor shortage and higher input costs. However, the revenue increased by 91% YoY, and EBITDA margins improved by 130 bps to 3.9%. The domestic car sales increased by 30.3% over the three months ended in June.

Tata Motors India sold 1.62 lakh PV units in the second quarter of FY22, an increase of 50% sequentially. It is mainly because of the low base effect as the second wave severely impacted the sales in the Q1FY22.

JLR Update: The sales of the JLR business declined by 11.1% for the same reasons. JLR’s EBITDA margin in Q2FY22 shrank 380 basis points on year to 7.3%. The luxury carmaker reported a pre-tax loss of 308 million pounds sterling in the quarter ended September. JLR managed to generate a free cash flow of 664 million pound sterling in Q2FY22 as against its guidance of a 1 billion pound outflow.

Although Tata Motors has posted losses this quarter, the results were in line with estimates as semiconductor shortages have plagued the whole of the auto industry. However, some positives that are going to help Tata Motors turnaround are: