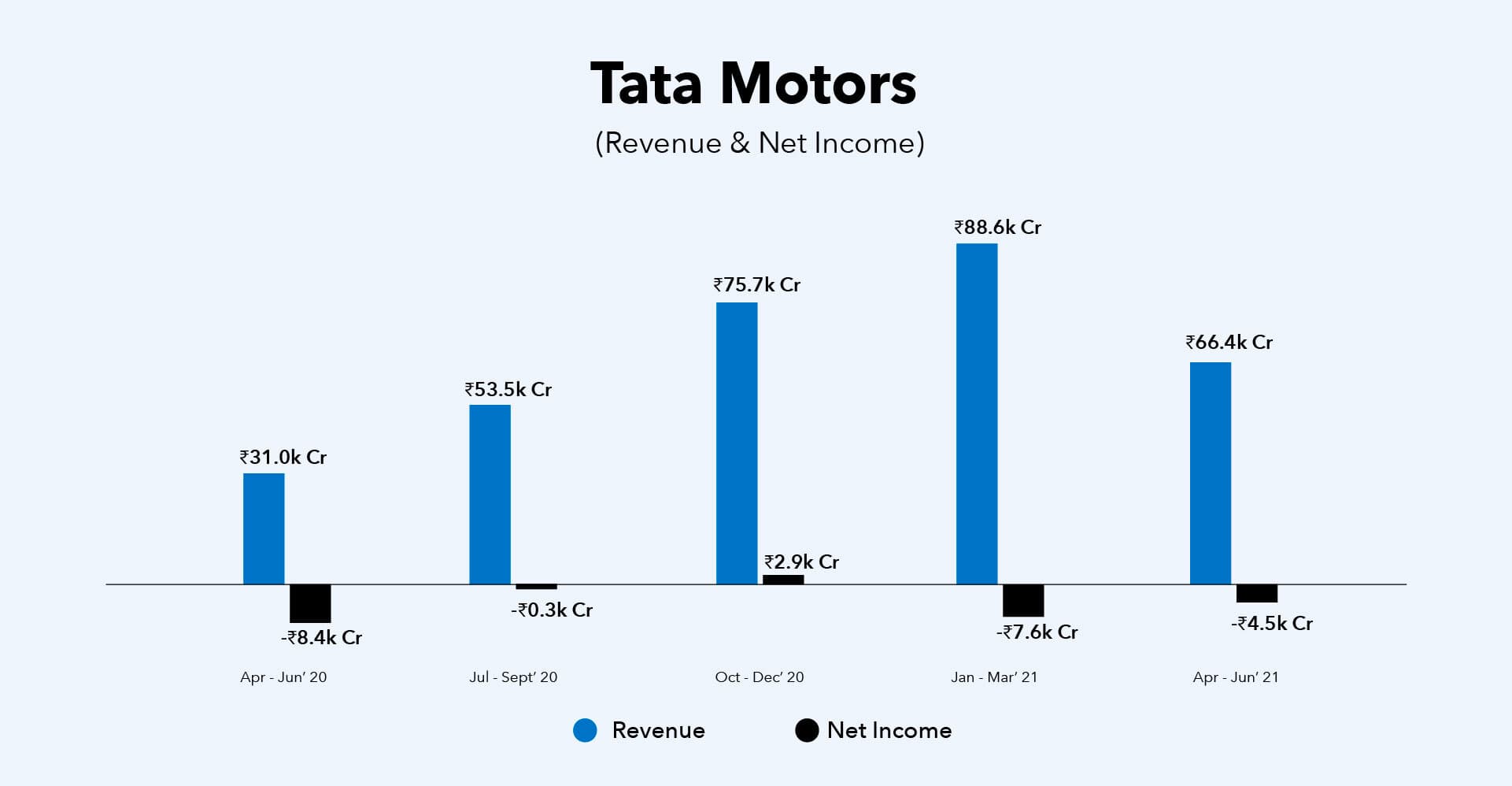 Tata Motors has reported results below street estimates, and the numbers are poor when compared to previous quarters. However this is because Tata Motors was backed against the wall in both of its segments in this quarter. In the JLR business, semiconductor shortage resulted in poor numbers and in India business, 2nd wave was the culprit. Still the company is proving to be resilient in these times and trying to reduce semiconductor usage in its cars. Both these problems are in the short term. In the long term, the company still has a positive outlook.

Even though the topline and bottomline was below estimates, operational performance was in line with consensus estimates with consolidated EBITDA margin at 7.9%.

Tata Motors is leading the EV space currently as validated by the demand for Nexon EV, Tata Motors has announced that it plans to launch as many as 10 electric vehicles by 2025. It will also invest significantly in EV charging infrastructure. JLR business will improve with the refocus plan and the sales of the new Defender. Going forward, the company is expected to benefit from macro recovery, company-specific volume/margin drivers, and sharp improvement in FCF and leverage in the JLR and India businesses.