Sona Comstar (Sona BLW Precision) is set to raise up to Rs 5,550 crore via IPO which opened on 14th June, Monday. Here are the details: 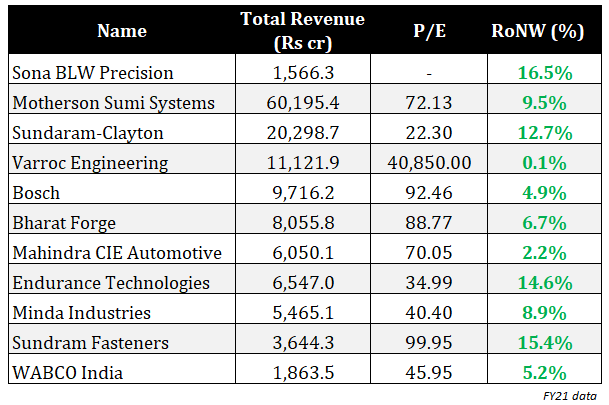 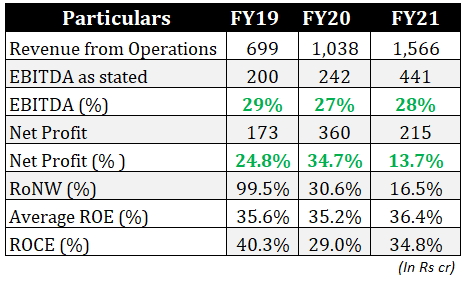 Issue Size: Rs 5550 crore, (fresh issue of Rs 300 crore and an offer for sale of Rs 5,250 crore by the selling shareholder Singapore VII Topco III Pte. Ltd, an affiliate of The Blackstone Group)

Sona Comstar has been able to deliver industry-beating margins due to its strong in-house design capabilities. Among its peers, Sona ranks better in terms of EBITDA margin, Return on Capital Employed (RoCE), PAT margin, and Return on Equity (RoE).

At the higher end of the price band, Sona Comstar is available at a PE ratio of 79 times FY21 earnings per share (post-issue). This is higher as compared to its peers. However, good businesses are always priced expensively during the IPO season, and Sona Comstar is no exception. While the company is a good play on the EV theme, there are risks of a higher capex. This could impact the return ratios.