Net Profit above estimates: Shree Cement reported a 78.45% YoY increase in Net profit to Rs 661.7 crore for the quarter ending June compared to Rs 370.8 crore last year. The profit number was higher than the analyst estimates of Rs 597 crore. However, sequentially profits fell by 13.8%  because of the increase in fuel and power costs.

Operating income and margins: EBITDA/tonne grew 2.8% sequentially to Rs 1,482, while the margin remained stable at 29%. However, the company’s operating income declined more than 14% to Rs 1,013 crore. The street had expected more after its peers like UltraTech Cement, Ambuja Cement and ACC delivered a 10-15% beat on the EBITDA front. 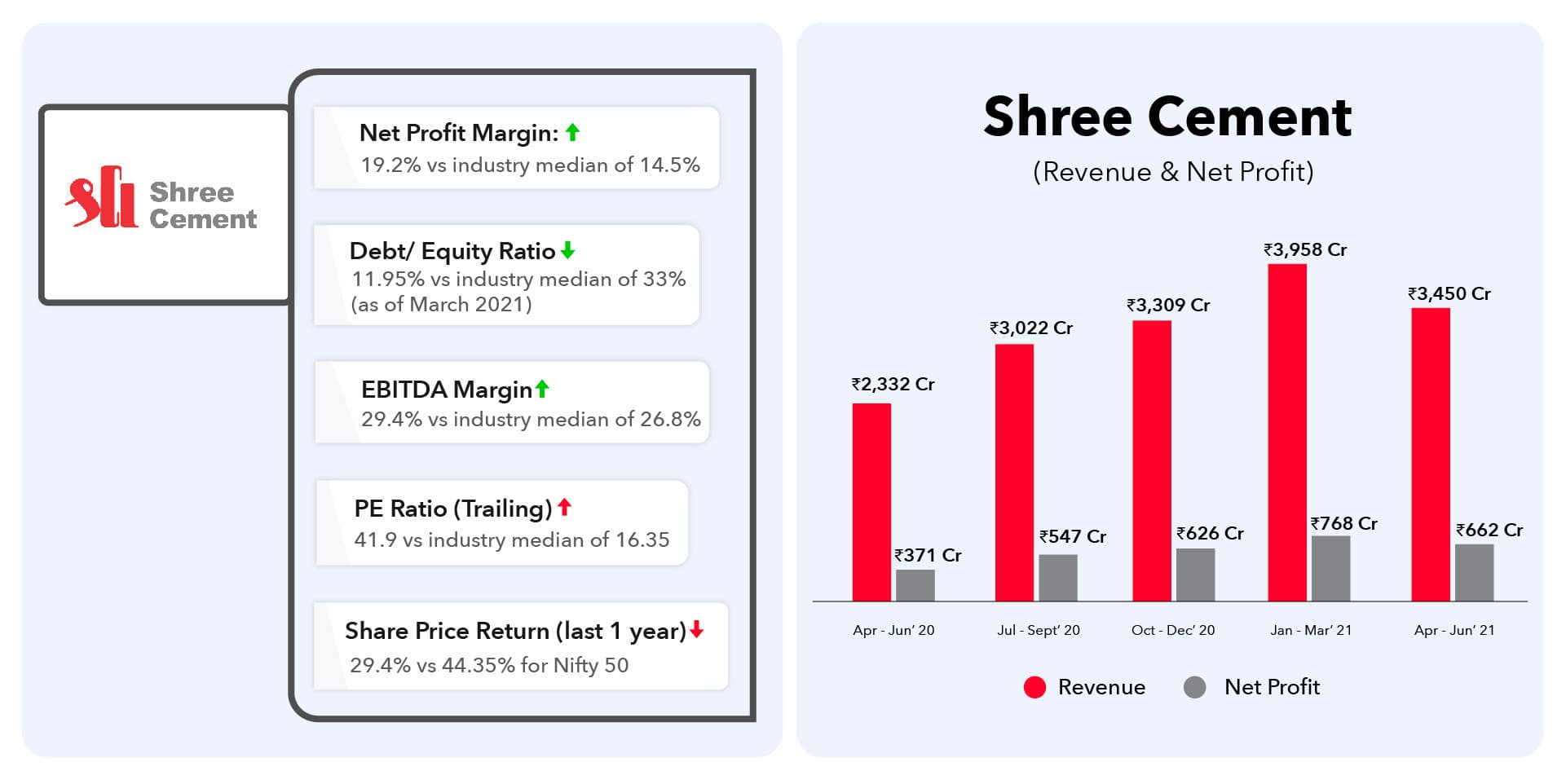 Volume: The company's total volume on a standalone basis stood at 6.84 million tonnes, down by 16.7% from the last quarter. The company intends to reach 80 mt capacity from current 43.4 mt by 2030, versus our previous expectation of 2025/26 .The management had raised Rs 2400 cr in equity (QIP) at end of CY19 to double capacity to 80mtpa. However, the execution has been slower than anticipated, with only one expansion of 4mpta in the East having been announced to date.

Shree Cement has reported steady Q1 results for the quarter ended June. The company’s shares, however, fell as it lagged its peers though it met analyst estimates. The company saw its profit, revenue and operating income fall sequentially, due to rise in power and fuel costs. The power and fuel cost increased to 18.9% of net sales from 16.1% in the quarter ended March. The outlook for the company's home market of North India continues to be strong. However, its increasing exposure to East (with new capacities) would likely moderate gains in margins due to the muted pricing outlook in this region.

Shree Cement expects demand to grow back and as the economy limps back to recovery, it will be a major beneficiary, given its strong market position. The volume trends also depict that the company has been able to sail through the pandemic without many difficulties. With projections of a likely third wave, the company is closely monitoring the situation. It remains cautiously optimistic, given its inherent financial and operational resources and the government’s continuing thrust on infrastructure activities and housing constructions.

Though the company reported strong quarterly results beating street estimates, investors were left unhappy as its numbers came in lower as compared with its peers. Shree Cement's volume growth of 40% YoY, weighed by lower clinker sales, was also weaker versus peers. Meanwhile, brokerage firm Nomura believes that the company's margins are likely to compress in the next two quarters owing to weaker prices and higher input costs. Jefferies maintained its ‘hold’ rating with a target price between 25-27k. Goldman Sachs also gave a ‘Neutral’ rating with target price of Rs 29,100 apiece. While CLSA gave an ‘Underperform’ rating due lower growth in numbers with target price of Rs 28,300. The shares of Shree Cement were trading 3.47% lower at Rs 27,305.20 apiece on the BSE after the results.