After moving to a fresh record high intraday, the Nifty reversed gains to settle lower on Monday. Crude Oil prices rose above the crucial $75 per barrel mark, adding to the concerns.

Despite the announcement of Stimulus 4.0 by the government, the index continued its slide on Tuesday. While fresh Covid cases have reduced in India, the new Delta variant continues to be a cause of concern. Some developed countries like the UK and Australia have already imposed fresh restrictions to control its spread.

Nifty ended with modest losses on Wednesday too, as tension in the India-Chinese border impacted investor sentiment. On Thursday, the index ended lower as macro data such as lower PMI for June, and widening Current Account Deficit impacted sentiment.

After four consecutive days of losses, the Nifty reversed losses on Friday, driven by gains in blue chips like Reliance Industries and ICICI Bank. Nifty ended the week with a loss of 0.87%. 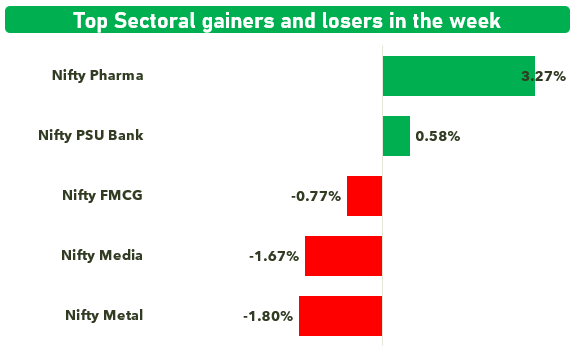 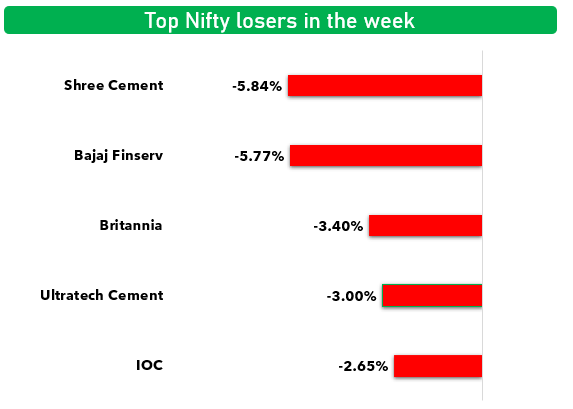 Highlights from Infosys AGM: Infosys held its 40th Annual General Meeting on June 19th, Saturday. We have prepared a short update of the announcements, and the outlook going forward. Read here