Nifty started off the week on a strong note, amid favorable cues, as last Friday’s US jobs report drove global stocks to a record high. After a volatile session on Tuesday, the Nifty ended with minor gains amid muted global cues and firm crude oil prices.

The index recovered on Wednesday with decent gains, amid a rally in index heavyweights. Thursday was a very eventful day, with IT major TCS scheduled to report its quarterly earnings. Global stocks plunged as investors were concerned about the rise in cases of the new delta variant. Nifty ended Thurusday's session 1% lower.

Nifty continued its decline on the final day of the week and ended the session with minor losses. Negative cues from Asian indices put pressure on the Nifty. The benchmark the week 0.19% down. The week was marked with interesting developments such as GST collections, Cabinet reshuffle and GDP downgrade. 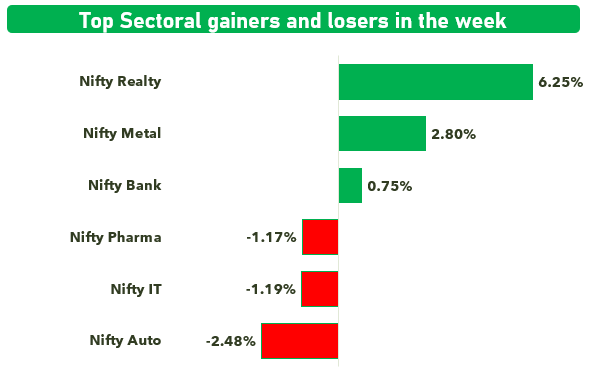 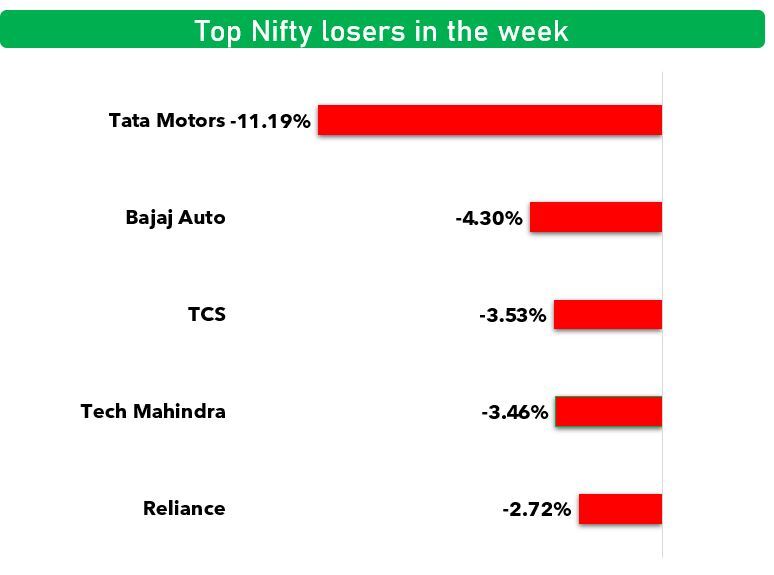 Zomato IPO (2021): Zomato IPO to raise up to Rs 9,375 crore opens next week. Zomato’s IPO is indeed a very big moment for startups, as the listing would mark the first meaningful Internet listing in India. The company started operations in 2008, as an online food aggregator. It is the first Indian internet-based startup to go public. View analysis

Tata Motors stock update: Tata Motors’ shares have been in focus in the last two days after the company provided a business update. Jaguar Land Rover informed the press that the shortage of semiconductors would result in wholesale volumes about 50% lower than planned. The company has reported that it will have a shortage of chip supply from suppliers in the second quarter ending September 2021, which will hurt margins and bottomline. View analysis