On Monday, benchmark indices ended almost flat after a volatile session on Monday.

On Thursday, the equity benchmarks declined for the third session on Thursday amid lack of fresh triggers and mixed global cues.

On Friday, the indices fell further and ended the week with a 1.7% decline from the previous week. Nifty ended below the 17,550 mark. FMCG, telecom, bank and IT declined while power, sugar and Cement stocks were up. 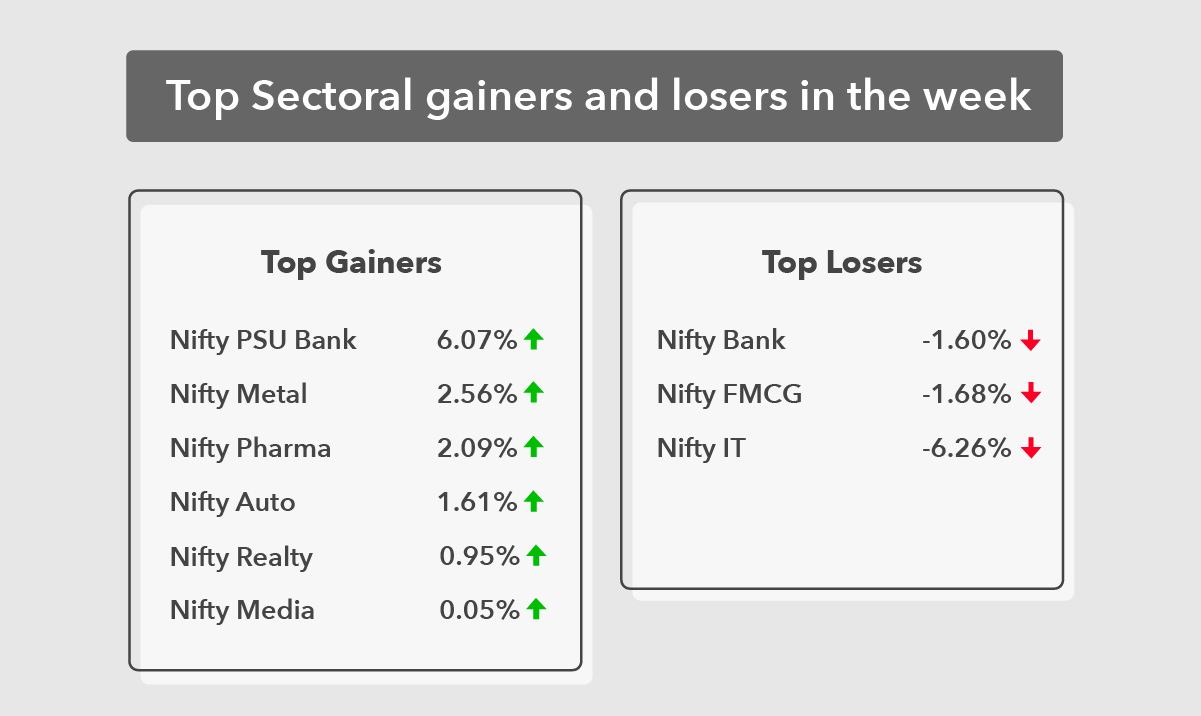 Gold near 6 month low: On MCX, December gold futures were up 0.38% to hover near 6 month lows of ₹45,942 per 10 gram. In global markets, gold prices inched higher but held near a seven-week low, hurt by a strong US dollar. The dollar index dipped slightly today but held near a year's high touched on Wednesday, raising gold's cost for buyers in other currencies. Meanwhile, benchmark US 10-year Treasury yields were a tad lower but held above 1.5%, a level not seen since late June, still posing a challenge for gold.

News around Air India Privatisation: On Friday, media reports said that Tata Sons has won the bid for Air India, even though an official announcement is awaited. However, the government later termed the media reports as “incorrect.” The government is yet to take a decision on the winning bidder for national carrier Air India, secretary of Department of Investment and Public Asset Management (DIPAM), Tuhin Kanta Pandey told reporters.