On Monday, equity indices ended a volatile session with modest losses on Monday. Despite the correction, Nifty managed to end above the 17,350-mark due to buying in metals, media and IT.

On Tuesday, the index closed with minor gains. Mixed global cues and macro data weighed on the index. India's Consumer Price Index-based Inflation (CPI) for August 2021 came in at 5.30%, compared with 5.59% in July.

On Wednesday, Nifty hit a record high of 17,500 while the BSE Sensex hit an all-time high of 58,702. Telecom stocks were in demand after the union cabinet cleared a relief package for the sector. Auto stocks also assumed focus after the cabinet approved the PLI (Production-linked Incentive) scheme for the sector.

On Thursday, the Nifty extended its rally supported by the relief measures announced the previous day. While the Nifty ended at a record closing high of 17,630, the Sensex ended at 59,141. The Finance Ministry said that Air India received financial bids for its divestment process. Also the GST council started a two day meeting, its first since the start of the pandemic. 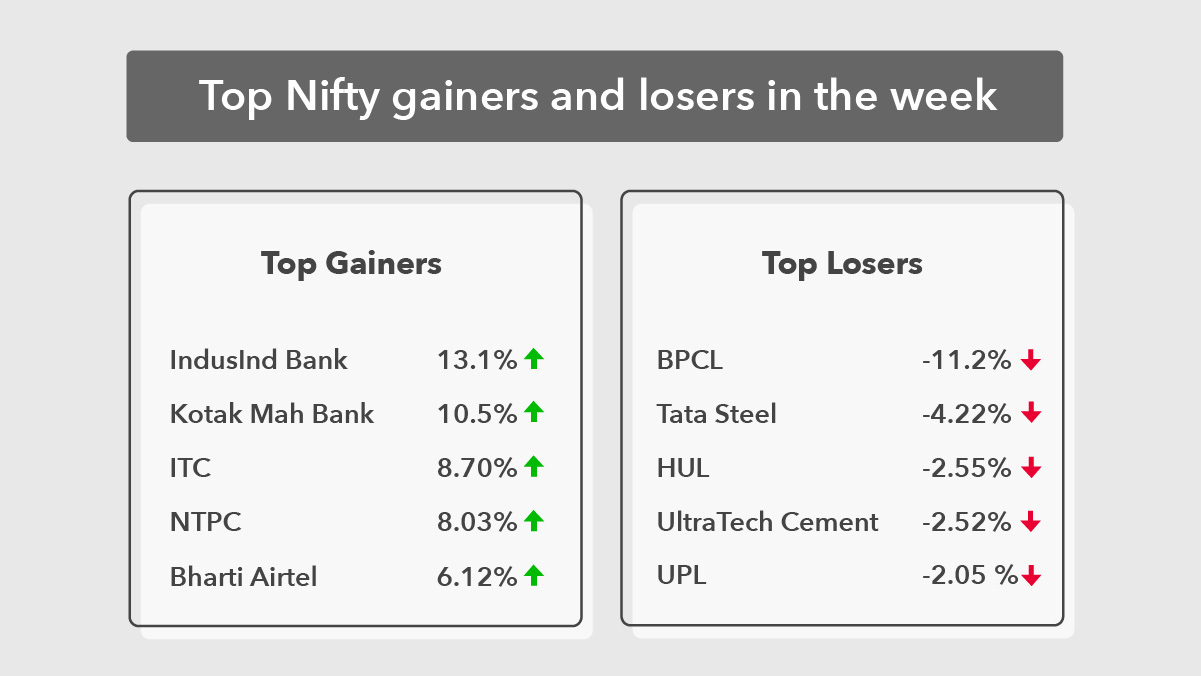 Government announces telecom relief package: In order to reduce the stress on the telecom sector, the government has announced a slew of measures including a moratorium of four years on spectrum and AGR dues. However, companies opting for the moratorium are to pay interest on the amount annually. Analysts view the latest measures as being largely positive for the incumbent players Vodafone Idea, Bharti Airtel and Reliance Jio, with Vodafone being the biggest beneficiary.

Ami Organics shares listed at a premium of 48% on Tuesday, compared with the IPO price of Rs 610. The issue had seen subscriptions of around 65 times. Shares of Vijaya Diagnostics ended Tuesday’s session 17% higher at Rs 542.3 as compared to IPO price of Rs 531. Sansera Engineering IPO which opened for subscription on Sep 13, was subscribed by 11.47 times at the end of third day of the issue.

ITC shares jumped to a 7-month high: ITC shares jumped 7% in a sudden rally on Wednesday, paving the way for many interesting memes. While the exact reason for the move remains unknown, there are speculations around restructuring of the business. According to the buzz, this could happen next month, leading to value unlocking for investors.

Stock specific action: Zee Entertainment shares ended Tuesday’s session 40% higher to Rs 261.50 due to the buzz around its management and board recast. Two institutional investors Invesco Developing Markets Fund and OFI Global China Fund LLC, which together hold 17.88% of the shares have called for an Extraordinary General Meeting seeking the removal of Punit Goenka, Manish Chokhani and Ashok Kurien as Directors of the firm. Zomato shares have been in focus over the last few days after the company’s co-founder Gaurav Gupta resigned from the company.