The index retreated from record high levels on Wednesday, amid profit selling after steep gains in the last 2 days. Tata steel, TCS and HDFC were the major drags. On the Economy side, India made a strong comeback with its GDP rising 20.1% for the Apr-Jun 21 quarter.

The Equity indices ended with robust gains on Thursday amid strong economic recovery and record vaccination drive. TCS and HUL were the major index movers.

The indices continued their rally on Friday as Nifty closed 3.27% higher for the week. This is Nifty's second consecutive weekly gain and the highest in 7 months. Sensex closed record high above 58,000. Macro data including manufacturing PMI, GST collection, Core Industries data all pointed towards an economic recovery. 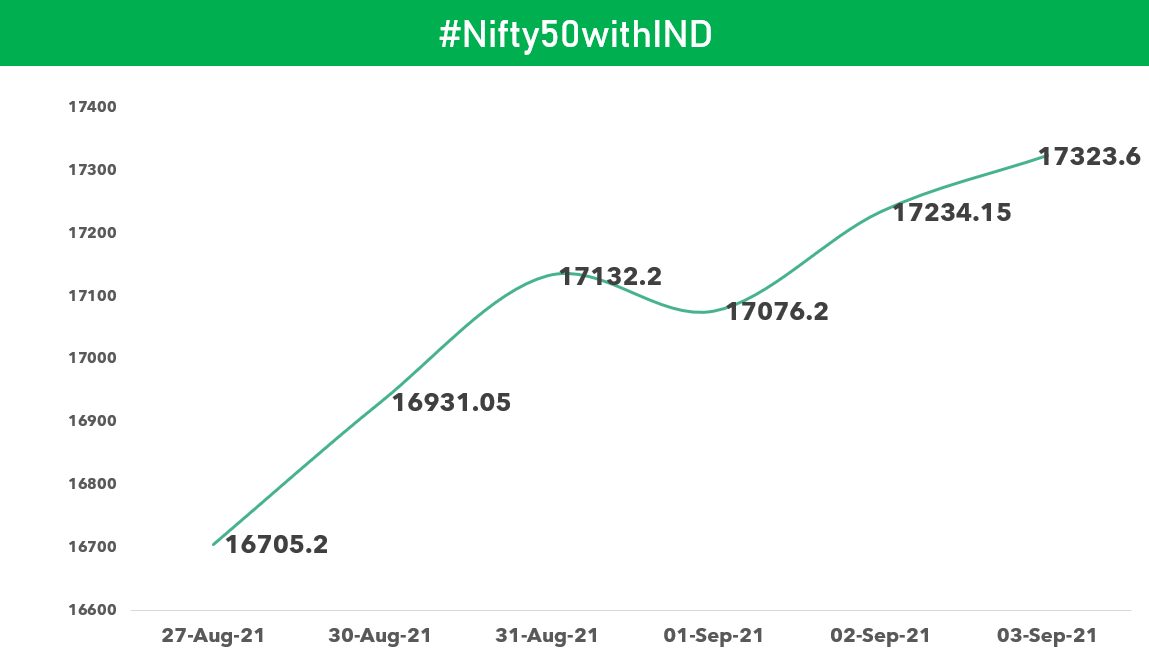 Bharti Airtel rallies: Bharti Airtel was the among the biggest gainers in the week, after it announced a Rs 21,000 crore rights issue Google is now in talks to make large investments in Airtel, thus boosting the stock further. However, Bharti Airtel has not yet confirmed the news and said that it does not respond to “market speculations.”

GDP grew 20.1% in Apr-Jun 21 due to low base: India's GDP grew by 20.1% in the April-June period, mainly due to a lower base last year. In the same period last year, the GDP had contracted by 24.4%, mainly due to Coronavirus induced lockdowns. The growth in GDP was in line with projections. The RBI has estimated the GDP growth to be 18.5%, a revision from its earlier projected growth rate of 26.2%. Despite the impressive growth, India's GDP is still 9% below its level in Jun-19.

Macro data indicates recovery: The IHS Markit India Manufacturing Purchasing Managers’ Index stood at 52.3 in August compared with 55.3 in July. This is the second consecutive month that the PMI data has come in above 50, indicating expansion. Output from India’s eight core sectors grew by 9.4% in July from a year earlier, a marginal improvement from June’s 9.3% pace. Crude oil was the only sector to register a decline, with output shrinking 3.2%. The gross GST collections rose by 30% on-year to Rs 1.12 lakh crore, the second consecutive month above the Rs 1 lakh crore mark. With the easing out of restrictions the collections improved in the last 2 months.