The Nifty started off the week with decent gains, buoyed by gains in metals and FMCG stocks, amid strong global cues. Both the indices closed at record highs on Monday. Nifty extended its rally on Tuesday, led by gains in IT and FMCG shares. Strong quarterly performance reported by IT companies and healthy guidance and upgrades by analysts aided the rally in these shares.

The index retreated from record-high levels on Wednesday, ending a 7-day winning streak as weak global cues weighed. Global investors awaited the release of FOMC minutes to get hints around the central bank’s policy on inflation.

The stock market was closed on Thursday, on account of Muharram. The index tanked on Friday, tracking global peers as the fear of earlier-than-expected Fed tapering set off a selling spree across markets. For the week, the Nifty closed 0.48% lower. Metals stocks were the worst hit. 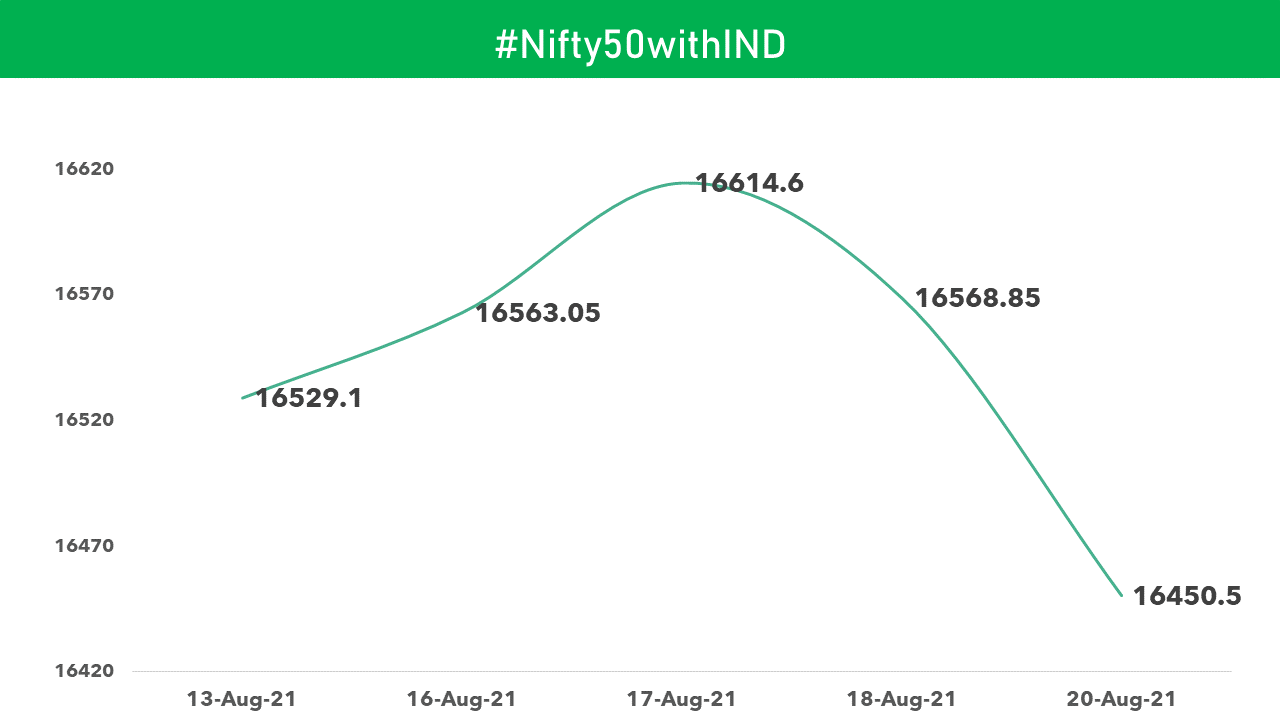 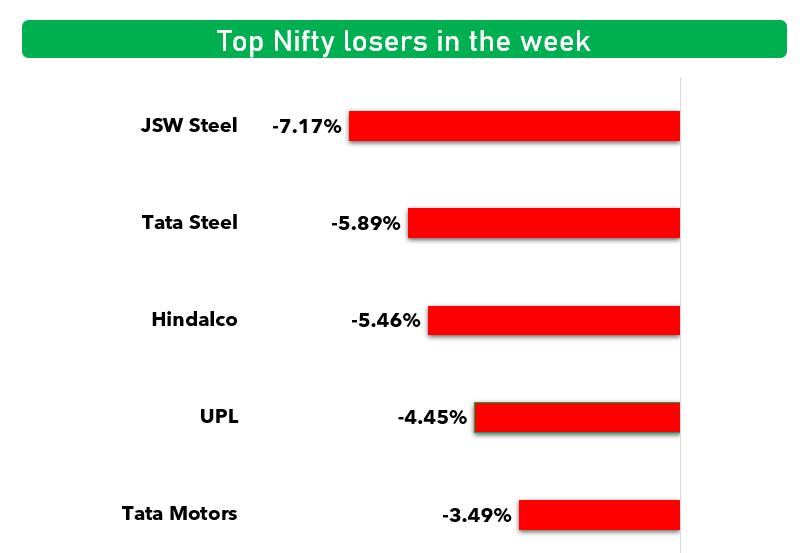 IPO euphoria ends: IPO markets took a breather in the week, with stocks listing at a discount in the  week, reversing the trend of high gains. After listing at a 5% discount on Tuesday, Windlas Biotech is now down more than 20% from issue price. Krsnaa Diagnostics listed at a premium of just 4% over issue price. Exxaro Tiles made its debut at a 5% premium. Cartrade Tech shares closed Friday’s session at a 8% discount to IPO price. The only exception was Devyani International, which listed at a premium of 37% to its issue price.

Vodafone Idea earnings:  Vodafone Idea reduced its net loss by 71% to Rs 7,319 crore in Apr-Jun quarter on a year on year basis on account of lower exceptional expenses. The company had reported a net loss of Rs 25,460 crore last year due to provisioning for AGR dues liability.  Sequentially, the loss increased 4.2% from Rs 7,022 crore last quarter. Read analysis