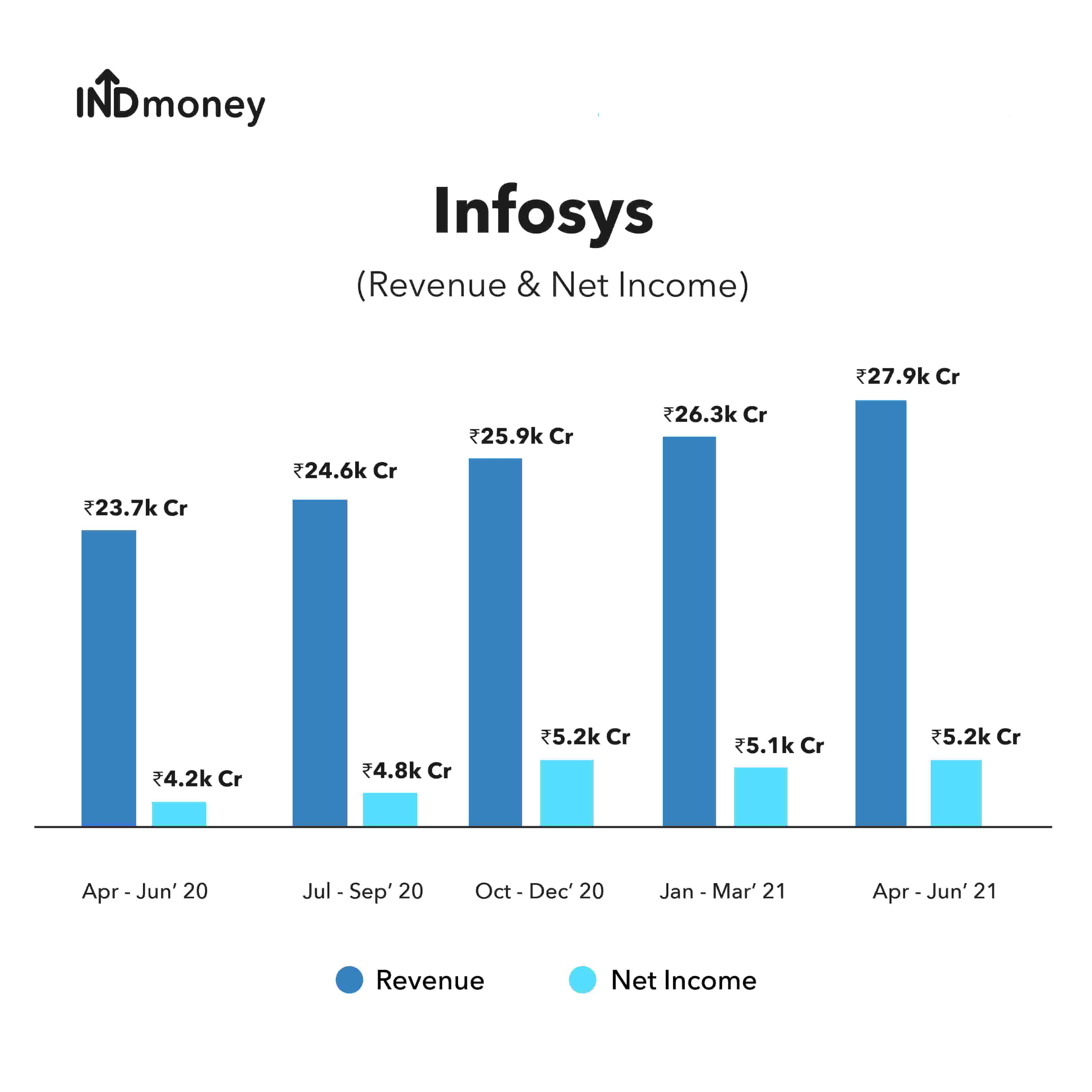 Revenue growth: The consolidated revenue from the operations jumped to ₹27,896 crore, up nearly 18% from ₹23,665 crore on-year and 6% from the previous quarter. The dollar revenue rose 4.7% to $3,782 million as against $3,613 million on a sequential basis. The constant currency revenue witnessed a growth of 4.8% (QoQ) and 16.9% on a yearly basis. The revenue growth was aided by growth across verticals. 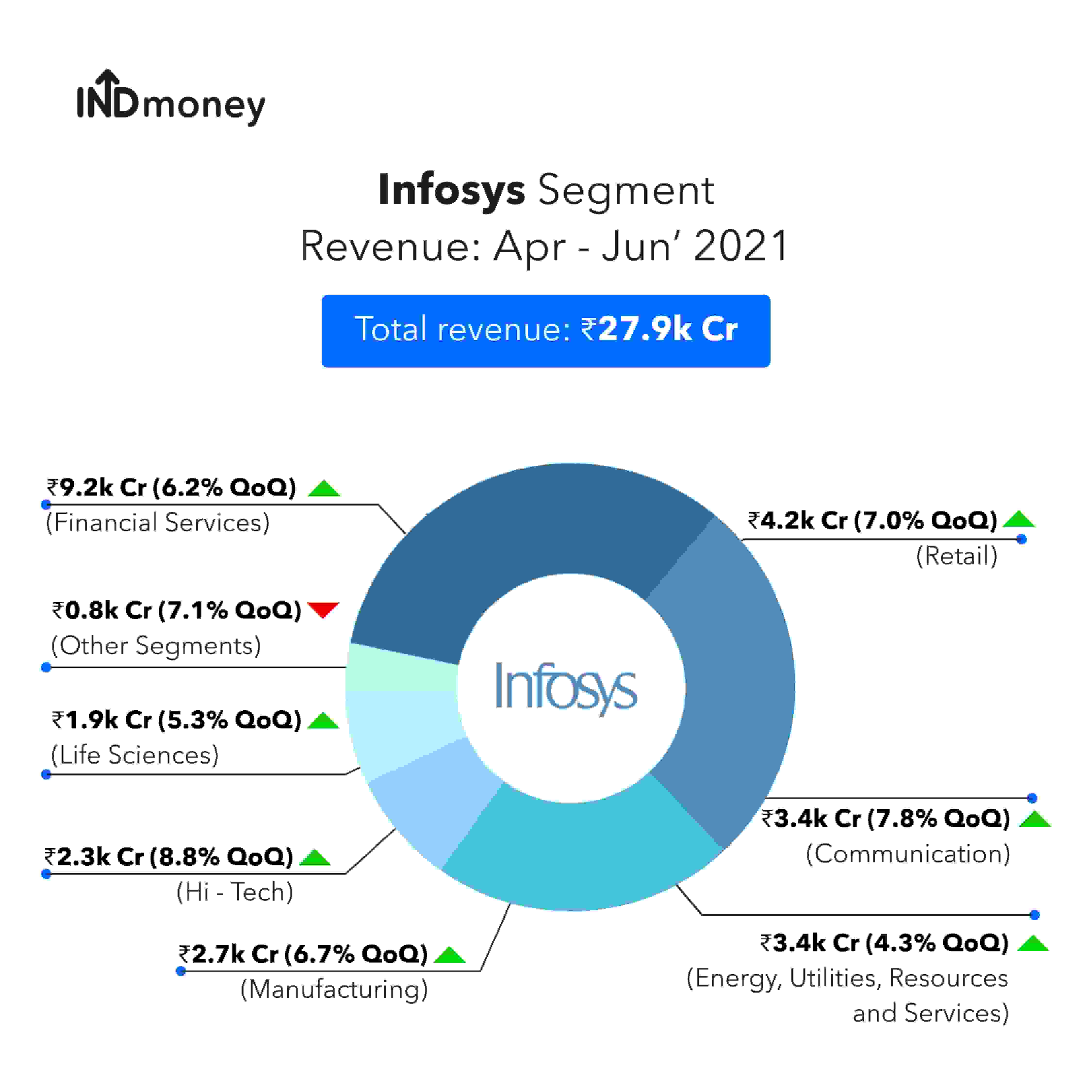 The growth in the business was led by the financial services and retail vertical, which grew over 22% on-year in constant currency terms. Besides BFSI and retail, the life sciences vertical also clocked over 21% on-year growth in the June quarter. Digital revenues now contribute 54% of the total revenue. In terms of geographies, North America led with 21% on-year growth. The region now makes up more than 62% of overall revenues.

Operational margins decline: EBIT margin contracted 80 bps to 23.7% from 24.5 % reported in the last quarter. Analysts had earlier estimated an EBIT margin of 28%.

The margins came under pressure as the full impact of the salary hike was felt in the quarter. “We remain confident of delivering on the margin guidance, underpinned by our comprehensive cost optimisation programme, despite increasing cost headwinds arising largely from compensation review, talent acquisition and retention,” Infosys said. The margins have still come in within the band of 22- 24% guided earlier.

Attrition: During Apr-Jun 21, Infosys saw a rise in attrition at the company. Voluntary attrition rate increased to 13.9% in the June quarter from 10.9% in the previous quarter.

Infosys has reported another strong set of numbers in the latest quarter. While the company was able to beat expectations on topline, the bottomline has come slightly below estimates. This was due to wage hikes, and discretionary spends which weigned on the margins.

However, the company continued to see strong deal wins with TCV (Total Contracted Value) of $2.6 billion in the Apr- Jun period. Infosys said that the relevance of its offerings is resonating with its clients in these times. Infosys looks well-poised to expand its market share further in the upcoming quarters.

The Covid-19 pandemic has forced a tectonic shift in business processes to move towards greater digitization. This has helped the IT sector to bounce back faster than other industries. The growth in Q1FY22 has improved visibility for the rest of the year for Infosys. The latest revision in its revenue guidance to 14-16% on the back of large deal wins indicates that Infosys’ is confident of delivering strong growth going forward.