Nifty fell nearly 1.8% in the holiday shortened week as inflation fears, volatile crude and geopolitical tensions weighed on sentiments. All sectoral indices ended in red. IT majors TCS and Infosys reported their quarterly results during the week. 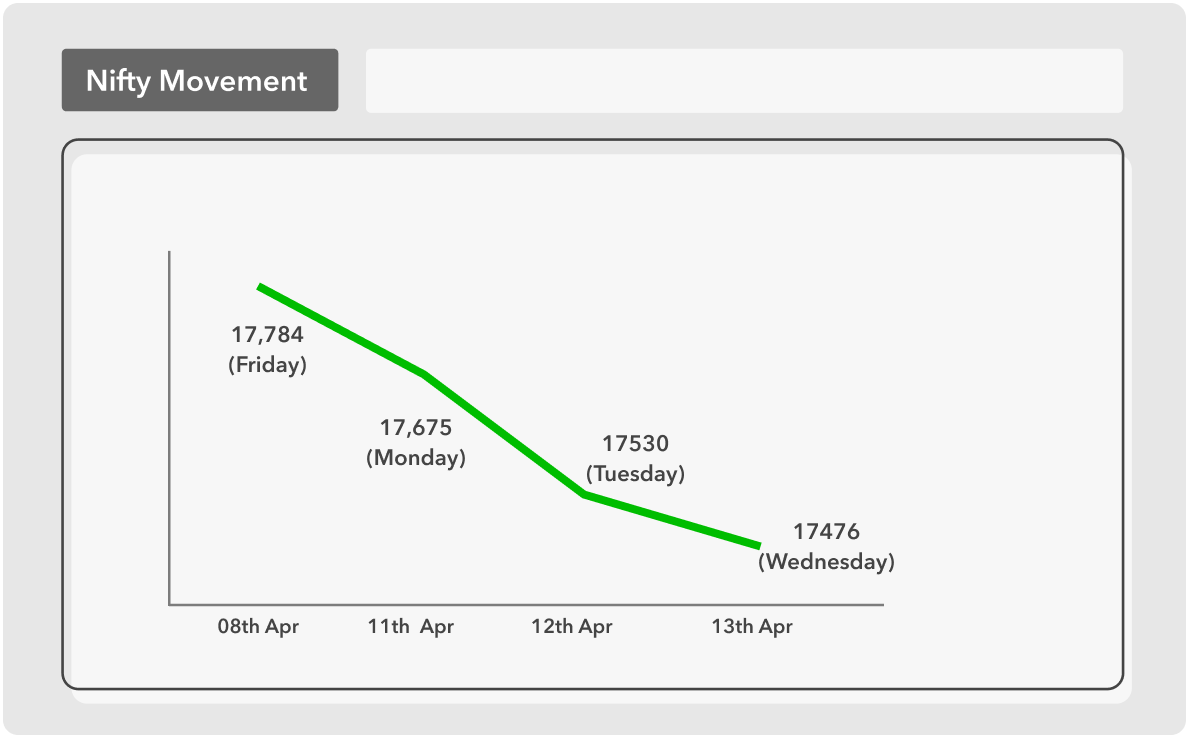 The Indian equity market started the week in red on Monday. The IT sector was under pressure ahead of the earnings led by the heavyweights. Reports suggested that LIC is ready to launch the mega IPO by the end of April.

The market continued to slip for the second straight day on Tuesday dragged by metal, auto, and IT stocks. The investors waited for US inflation data amid unease about higher interest rates. The market remained neutral to the TCS result announcement.

The market started on a positive note on Wednesday but slipped around noon to close in red, the week with only three trading days. The US retail inflation rose to 40 year high, and the numbers are putting pressure on the central bank to raise the interest rates aggressively.

The market was closed on Thursday on account of Dr. Baba Saheb Ambedkar Jayanti/Mahavir Jayanti.

The market is to remain closed on Friday on account of Good Friday.

Here are key highlights of the week:

Quarterly results - The quarterly results season started led by the IT giants TCS and Infosys. TCS missed the street estimates on the bottomline. TCS’s operating margin stood at 25%, similar to the last quarter’s. Check the detailed report here. Infosys too missed street estimates on the bottomline. Check our complete report here.

Retail Inflation spike - The retail inflation measured by the Consumer Price Index (CPI) increased to 6.95% in March. India’s factory output, measured in terms of the Index of Industrial Production (IIP), witnessed a growth of 1.7% in February. This is the third consecutive month that the CPI data has breached the Reserve Bank of India’s (RBI) upper margin of 6%.

Crude oil price - Weak economic data and demand concerns from China's COVID restrictions are likely to keep a lid on oil gains. Brent crude futures were down to $104.30 a barrel, while US West Texas Intermediate (WTI) crude futures fell to $100.14 a barrel on Wednesday. 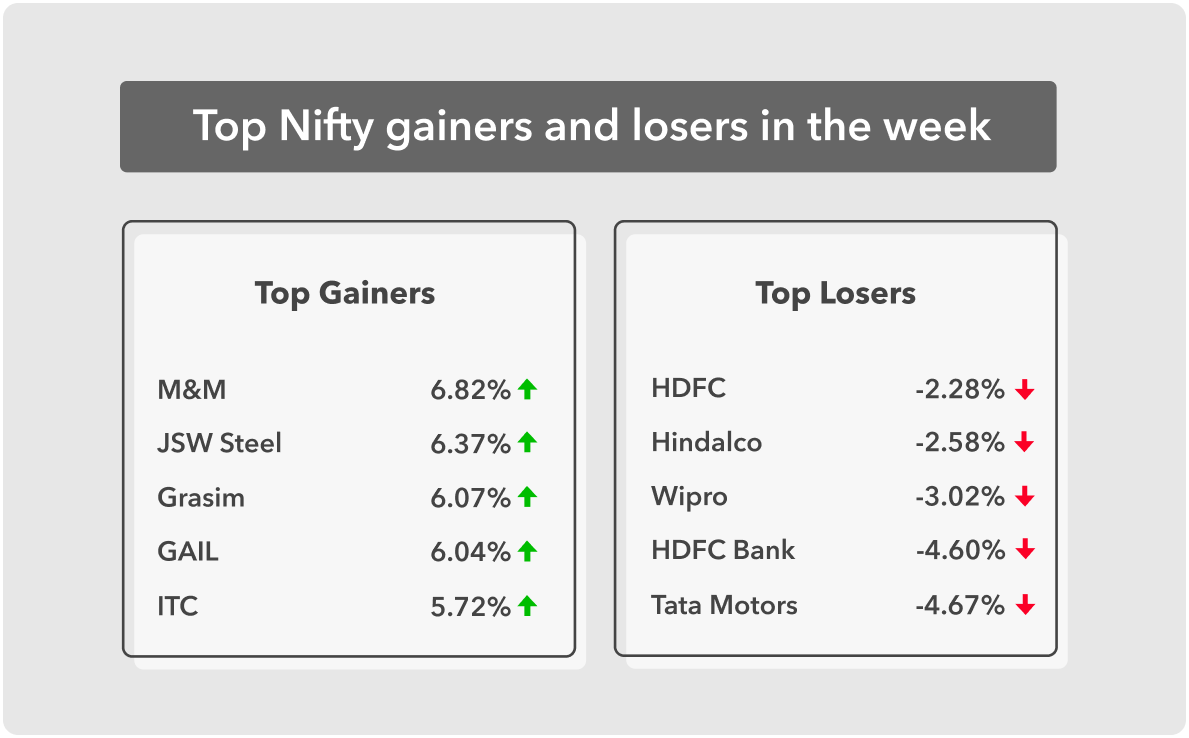 LIC IPO updates - As per reports, the government plans to cut the LIC public valuation by 30% to make the issue more attractive for the shareholders. The valuation now will be Rs 11 lakh crore from the earlier Rs 16 lakh crore. The IPO is expected to come by the end of the month. The government has time till May 12 to launch the LIC IPO without filing fresh papers with SEBI.