Nifty's movement during the week

The equity indices advanced for the third straight session with Nifty rising 1.77% & closing at 17,377 on Monday, supported by firm global stocks. Hopes of continued economic support by the Fed Reserve due to weak US job data and talks of more stimulus in Japan and China boosted global shares.

On Tuesday, the indices ended their three-day rising streak and ended almost flat after a volatile session. IT and realty shares corrected after a recent rally. FMCG and consumer durables stocks bucked weak market trends.

The indices ended flat on Wednesday, tracking negative global cues. Banks and financial stocks were in demand while IT, Auto and Pharma declined.

On Thursday, the indices ended flat with some positive bias on Friday. Market remained choppy throughout the session amid weak global cues ahead of the European Central Bank (ECB) meeting outcome due later that day. Media, IT and FMCG shares advanced while banks shares declined.

The markets were closed on Friday on the occasion of Ganesh Chaturthi. For the week, Nifty ended 0.7% higher while the Sensex gained 0.78%. 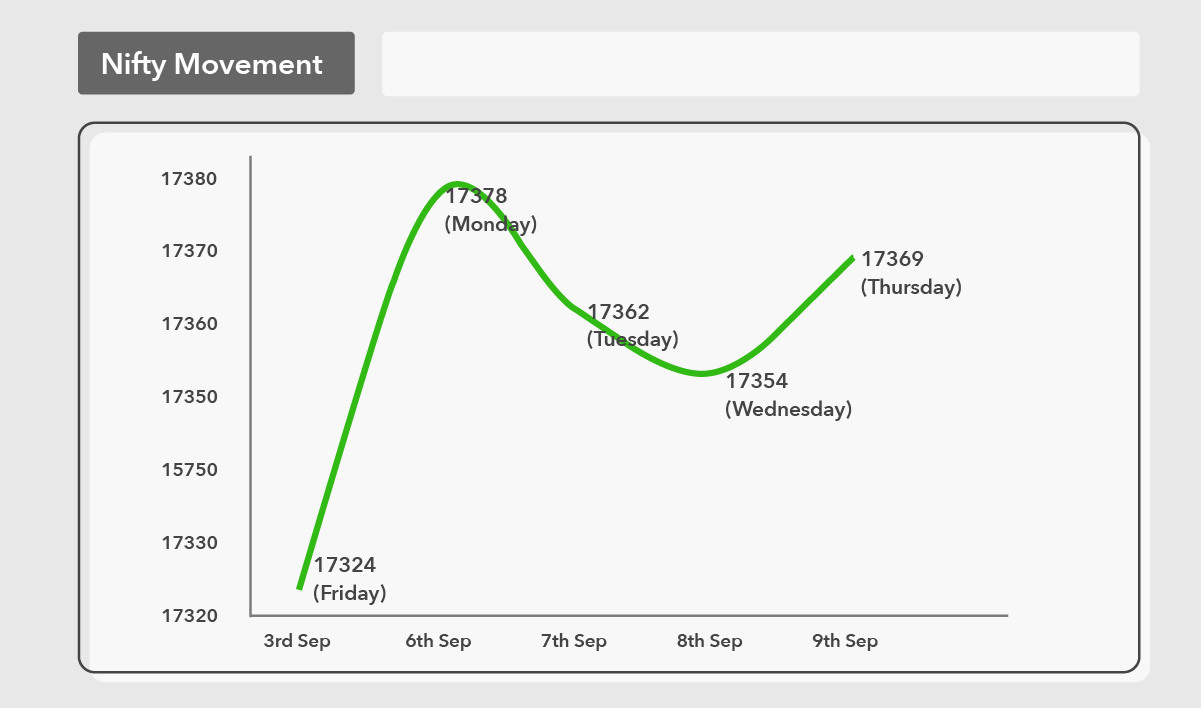 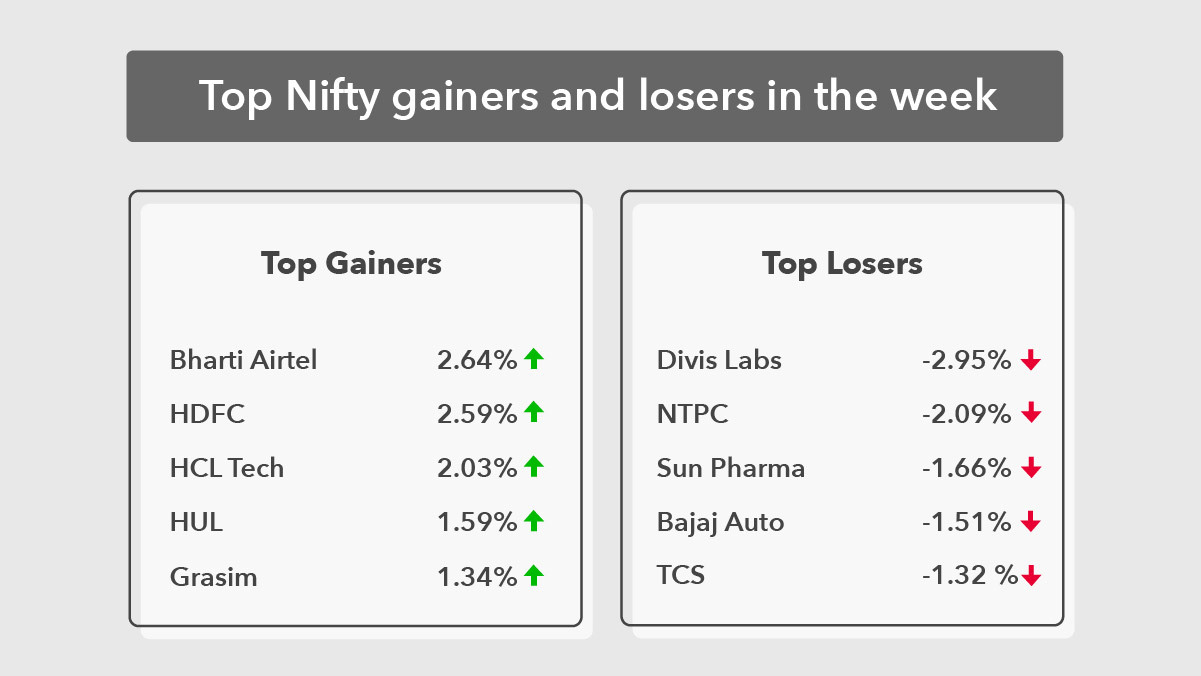 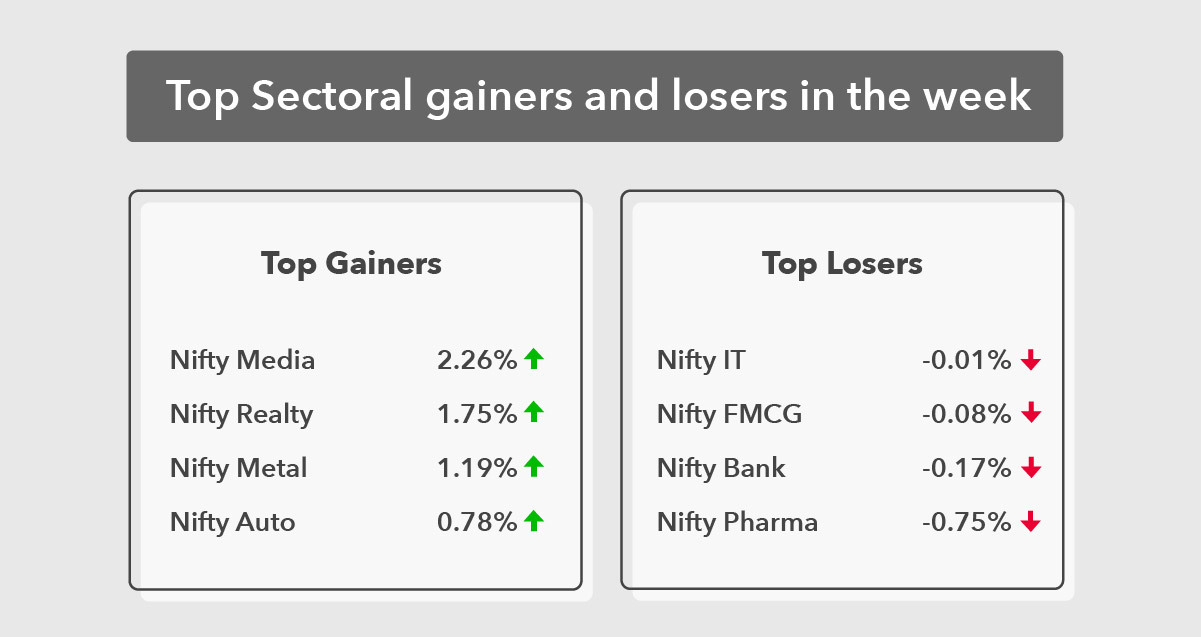 Disappointing US employment numbers: The August U.S. jobs report came in short of expectations, highlighting continued concern about the spread of COVID-19 and its delta variant. Nonfarm payrolls increased by 2,35,000 in August, the Labor Department reported. The disappointing August jobs report will likely influence the Fed's timeline for tapering its asset-purchase program.

ECB decision: The governing council of the European Central Bank (ECB) said it would advance with its emergency bond-purchasing scheme at a 'moderately lower' pace than seen over the last six months, with the eurozone showing signs of economic recovery.

Covid 19 in India: India's COVID-19 vaccination coverage has surpassed the cumulative figure of 70.75 crore as per provisional reports till 7 am Wednesday. Consequently, India's recovery rate stands at 97.48%.

That's all for this week's market wrap. We will be back with more interesting market insights in the next week!