It has been a tough week for investors around the world. The Indian market tanked over 5% during the week - the major trigger being an unexpected interest rate hike by the central bank. Let us look at how the market turned out: 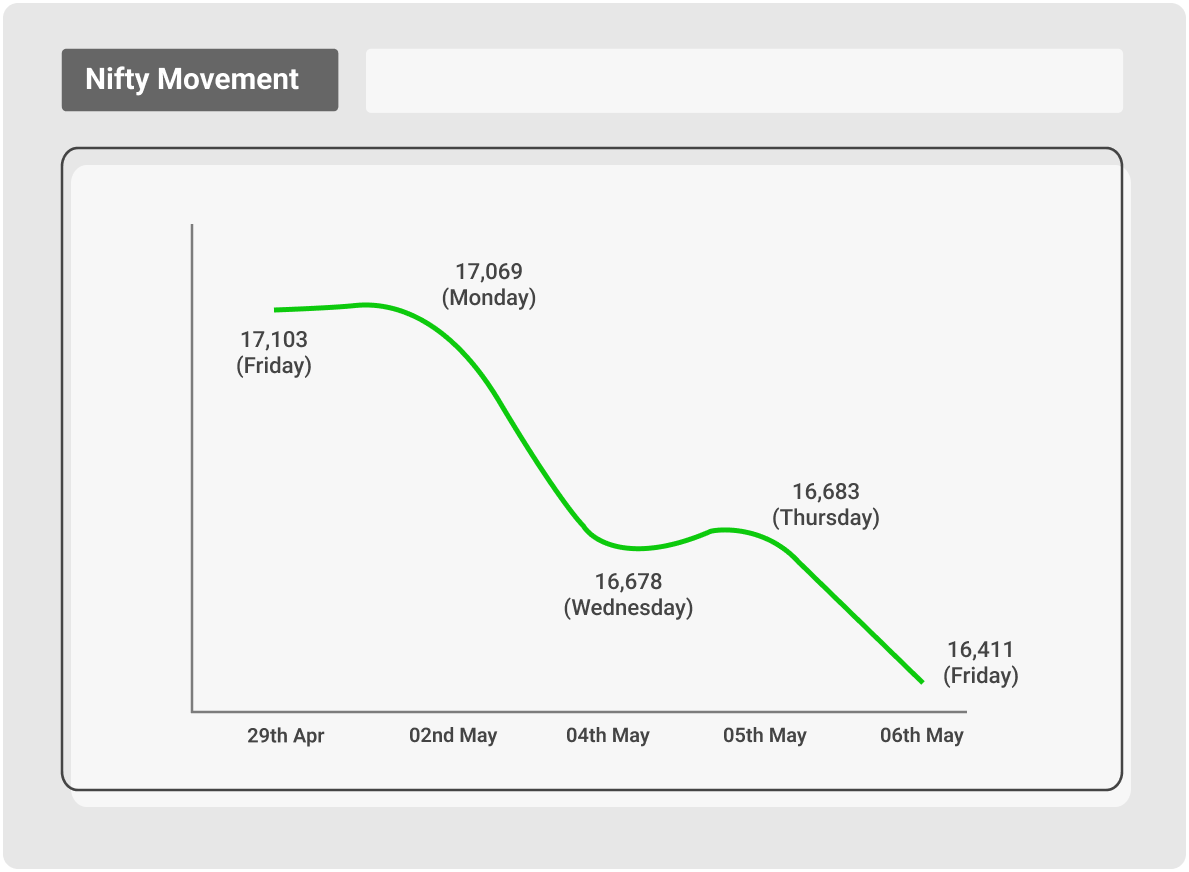 Continuing the losses from last week, the market continued to fall for the second consecutive day on Monday, weighted by market heavyweights Reliance and Infosys. The risk sentiments have been hammered by the FII selling spree, the rising dollar index, and elevated commodity prices. The auto sales numbers and GST collection numbers gave a sense of an improving economic outlook.

The market was closed on Tuesday on account of Id-Ul-Fitr.

The market opened in red on Wednesday and stabilized around noon. However, heavy selling was seen in the last two hours as RBI came with a surprise announcement. The RBI took the market by surprise as it hiked repo rates by 0.4% and also hiked CRR or cash reserve ratio. Check details here. The market eagerly waited for the Fed's call later in the day.

The Fed went ahead with a 50bps rate hike as was anticipated. The global market (mainly the US) ended on a positive note. The Indian market also gave a positive start on Thursday but later gave up all the gains to end flat.

The market on Friday had a big gap-down opening, tracking weakness in global markets. The majority of sectoral indices were down between 3-6%. Sustained high inflation continues to drive monetary tightening measures from Central Banks across the globe. Rising interest rates, elevated crude oil prices, and high inflation kept the market volatile.

Keys highlights of the week:

Results: Many companies declared their results during the result season. Tata Steel's profit increased by 37%, and the company has also announced a stock split. Check the detailed result here. Titan reported a decent set of quarterly numbers but missed the Street estimates. Check what went wrong with the company. Kotak Bank reported an exceptional set of numbers beating Street estimates. Check our report here.

RBI Rate Hike: The highlight of the week was RBI's interest rate hike. The Reserve Bank of India raised the repo rate by 40 bps to 4.4%. This was the first time in the last two years that the RBI chose to charge more for the money it lends to the commercial banks. The effect of a repo rate hike by the RBI was felt across every sector of the country. Check the complete report here. 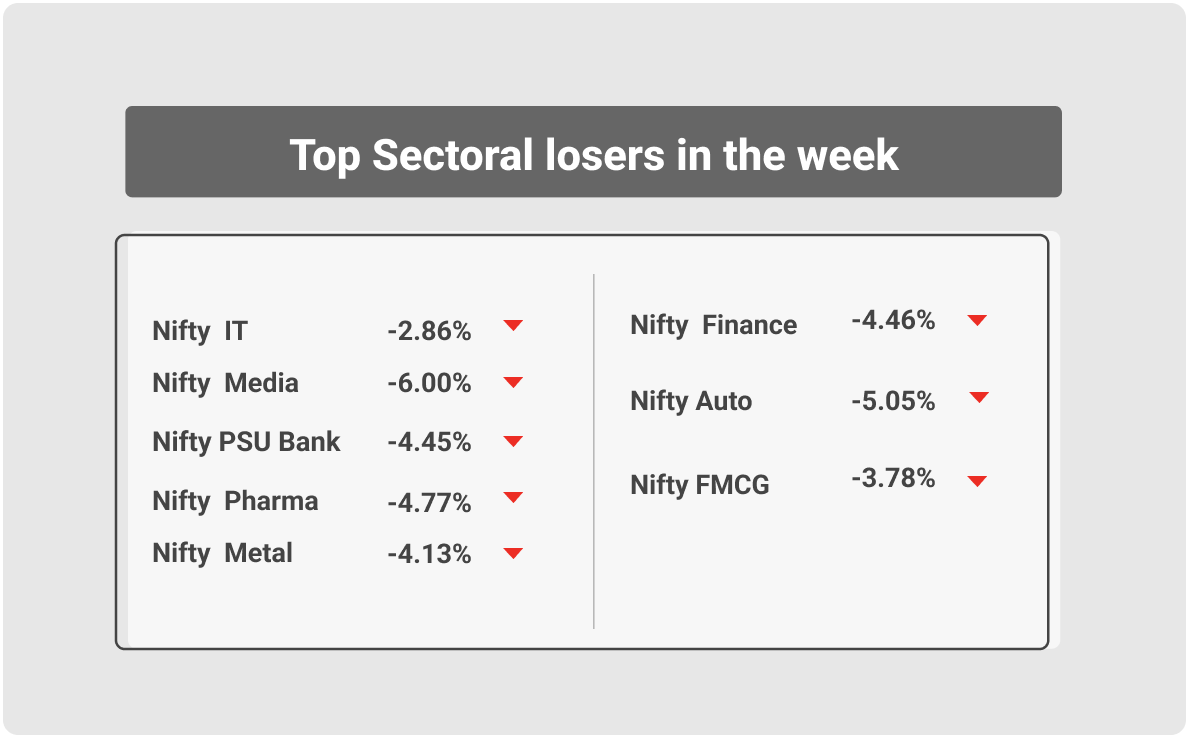 LIC IPO: LIC opened for subscription this week. On Friday, at the close of the market, the total subscription stood at 1.29 times. The portion set aside for policyholders portion has been subscribed 3.77 times, employees 2.89 times, and retail investors subscribed 1.15 times, while QIBs bid for 54% shares of their allotted quota and NII bid for 65% of their portion. Check our report here to find out whether you should apply or not.

GST number for April: GST collections hit an all-time high in April with Rs 1.68 lakh crore. It indicates strong economic activity despite multiple headwinds and better tax compliance. The April number is up 20% from the year-ago and Rs 25,000 crore the March collect of Rs 1.42 lakh crore.