Heranba Industries is set to raise up to Rs 625 crore via IPO which opens on 23rd February, Tuesday. Here are the details: 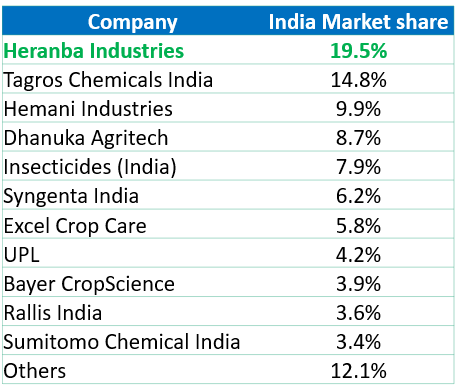 At the higher end of the price band, Heranba IPO is reasonably priced at a PE ratio of ~25.05 times FY20 earnings per share. The company has a dominant market share in the domestic pyrethroids market. Further, its margins and return ratios are also better as compared to the industry average. Non-operational concerns mentioned above seem to be an overhang.

Given the company’s steady topline growth, robust margins and return ratios, strong market share position, low debt, and reasonable valuations, we remain positive on the prospects of the issue.