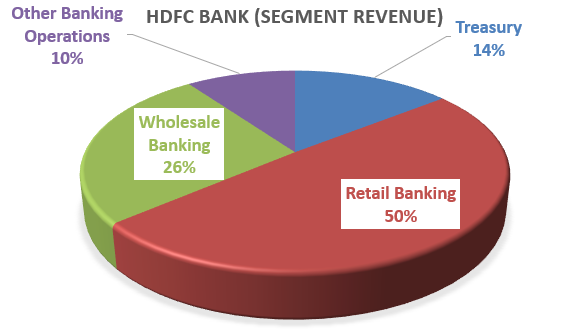 Asset quality improves: The bank’s asset quality improved with the gross non-performing asset ratio reducing to 1.32% of total advances as against 1.38% in Q3. Net NPA ratio was unchanged at 0.4%. The reported provisions and contingencies for the March quarter stood at Rs 4,693.7 crore, an increase of 38% over the previous quarter. The quarterly results did not have the distinction between pro-forma and actual NPA, as the Supreme Court directed that the six-month loan moratorium offered by the Reserve Bank of India will not be extended further.

Deposits: The Bank’s deposits aggregated to approximately Rs 16.5% to 13.35 lakh crore as of Mar-21. Bank’s CASA (current and savings account) deposit now comprise 46.1% of total deposits of the bank. CASA capital is the cheapest source of capital for banks. The higher the number the more profit a bank can earn. Advances were up 14% on-year to Rs 11.32 lakh crore.

No dividend: HDFC Bank said that it has not declared any dividend for FY21, as a matter of prudence. “Given that the current 'second wave' has significantly increased the number of Covid-19 cases in India and uncertainty remains, the board has considered it prudent to currently not propose a dividend for the financial year ended March 31, 2021,” the bank said.

HDFC Bank’s bottomline has missed street expectations, owing to higher provisions. However, the bank has been able to meet expectations on Net Interest Income. Further, the bank has been able to maintain a healthy deposit and advances growth rate. Another positive in the quarter is that the subsidiary HDB Financial Services has returned to profit. HDB Financial  has reported a profit of Rs 285 crore.

The asset quality of the bank has also shown marginal improvement. The bank’s capital adequacy ratio (18.8%) remains well above the regulatory requirements (11.075%). The bank has followed a conservative approach and not declared any dividends. Even though the current economic environment is extremely stressful for the Banking Industry, we believe HDFC Bank has the necessary firepower to tide over these turbulent times.