Profit beats estimates: HCL Tech has reported a 1.6% on quarter increase in its net profit to Rs 3,265 crore. Analysts had earlier estimated a profit of about Rs 3,202.6 crore. On a yearly basis net profit rose by 3.9% from Rs 3,143 crore last fiscal quarter. 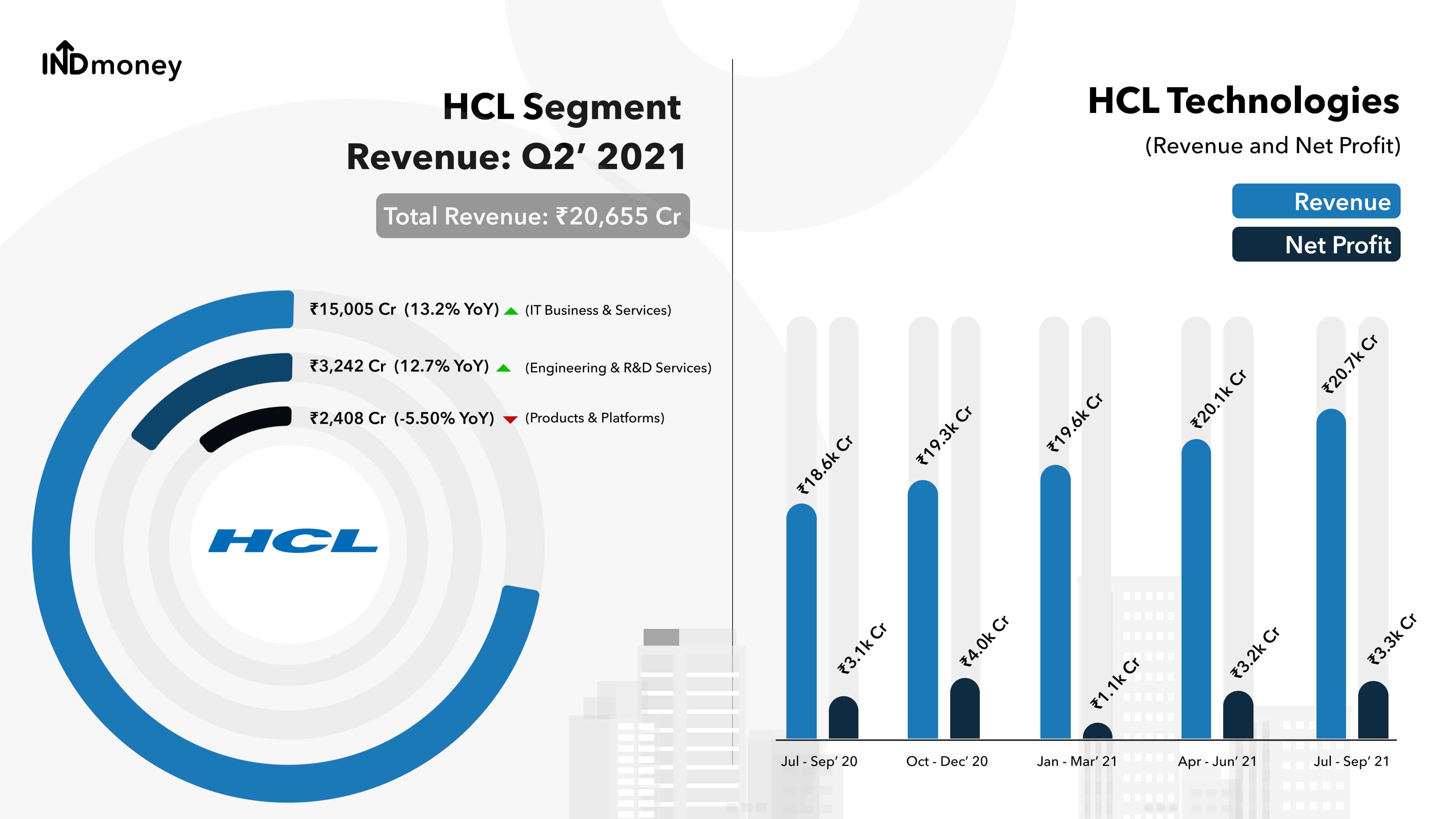 Margin narrowed: HCL Tech’s EBIT margin narrowed sequentially to 19%, a fall of 40 bps from last quarter. EBITDA margin stood at 23.4% which was lower by 140 bps sequentially and by 230 bps YoY. This was due to wage hikes and cross currency headwinds. Despite the lower margins this quarter, the EBITDA for the company has grown at a CAGR of 13.9% over the last 5 years. The company was also able to improve its Net margin to 15.8% which was 120 bps higher sequentially and 400 bps YOY.

Strong Guidance: The company has kept its revenue and margin outlook unchanged for the current financial year. In the constant currency term, the company is expected to grow in double digits for FY22. The forecasted EBIT margin is between 19% and 21%.

New Contract and large deals - The company won new contracts worth $2,245 million in the quarter ending September registering 38% YoY growth. The number of large deals bagged by the company was 14.

Hiring and Iteration - The company has hired 11,135 professionals in the Q2FY22 which is the highest in the last 24 quarters. The total headcount of the company now stands at 187,634. The attrition rate has increased from 11.8% in the last quarter to 15.7% for the quarter ended September.

HCL has reported a moderate set of numbers for the quarter ended September. The topline failed to beat street estimates while the bottomline was just above estimates. The margins also further narrowed to 19%. However, the company saw a healthy growth in its new deal wins which are bigger than even its peer Infosys. The company has delivered a healthy performance across its services portfolio led by Digital Business, Engineering and Cloud Services.

The company believes that the upward demand trajectory will continue as enterprises will continue to invest in modernisation, Cloud journey, and digital transformation for the next few quarters. The company will further accelerate its actions and investments in emerging technologies, people and ESG. The company has a robust pipeline of projects, and continued strong employee ramp-up gives the company the required growth momentum. Shares of HCL Tech ended 1.5% lower at Rs. 1,246 on the NSE.