The Indian equity market rebounded after 5 consecutive days of decline on Friday, as a pullback in U.S Treasury yields from on-year highs calmed nerves. The Sensex and Nifty ended the week nearly 2% lower, owing to a pullback witnessed on Friday. Value buying emerged on the final day of the week, as the Sensex and Nifty corrected by more than 4% in the last 5 sessions. 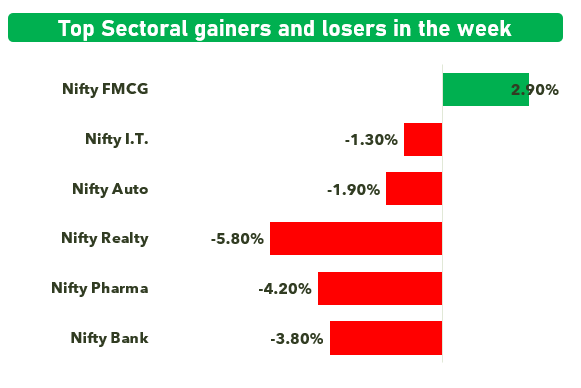 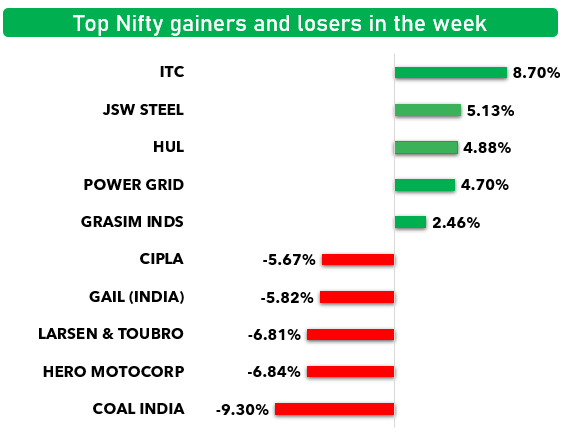 Gold prices continued to drop in the first four days of the week, on the back of rise in US Treasury yields. Gold prices have been on the decline amid optimism of a faster global recovery, fueled by vaccine rollouts and hopes of more stimulus. This has led to a risk-on sentiment among investors, leading them to move away from the yellow metal.  The precious metal has fallen sharply from its August highs of ₹56,200. What kept US market investors busy in the week: The global markets were mixed in the week, with most of the major markets closing with gains as macroeconomic data indicating recovery, and progress on the vaccine rollout supported investor sentiment. However, rising global yields, soaring crude oil prices and expectations of inflation capped gains. Read our analysis for the previous week