Net profit beats estimates: DMart’s net profit jumped almost 340% on-quarter to Rs 418 crore in the Jul-Sep 21 period, beating street estimates. Analysts had earlier anticipated a net profit of about Rs 390.5 crore. As compared to the previous year, DMart’s net profit is up 110%. This sharp rise is mainly due to a lower base last quarter.

Revenue rises: DMart’s revenue rose by 50% on-quarter to Rs 7789 crore, above street expectations. The revenues are higher by 46.8% on-year. The analyst had estimated revenues to be around Rs 7,560 crore.

Operating profit and margins: The operating profit was at Rs 670 crore, up by 106% yearly. EBITDA margins rose to 8.6% as compared to 4.4% in the previous quarter.  Margins have improved due to relatively longer hours of operations, higher general merchandise sales, rising FMCG product prices and higher sale of non-essential products. Net margin for the quarter improved to 5.4% which was at 1.8% in the previous quarter and 3.7% in the same period last year. 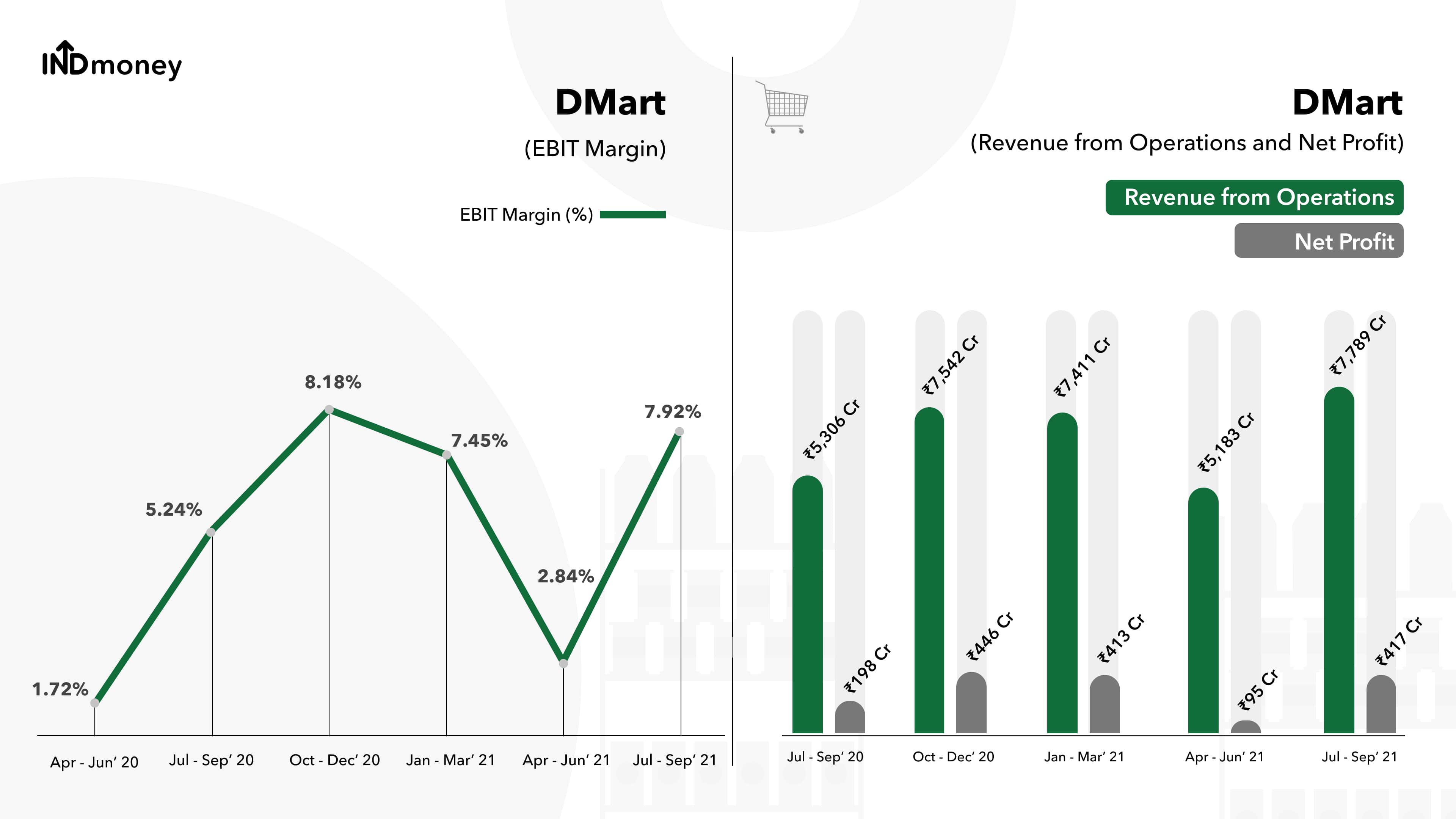 Avenue Supermarts has reported a strong set of numbers for the Jul-Sep 21 period, as easing restrictions helped the retail industry grow. The topline and bottomline has more than doubled due to lower base last quarter. The margins also saw a healthy growth during the quarter.

Avenue Supermarts had indicated that it will add 59 stores over FY20-22. It has added 20 stores in FY21. It may look to add 39 stores in FY22, implying 27 store additions over the next six months, provided there are no further restrictions.  After the results on Monday, The stock surged as much as 11% in early deals to a record high of ₹5,900. However, gave up its gains in the afternoon deals as several brokerages flagged limitations to the stock's upside due to high valuation. The shares plunged 7.5% on Monday closing at Rs 4929 on BSE.