Craftsman Automation is set to raise up to Rs 824 crore via IPO which opened on 15th March, Monday. Here are the details: 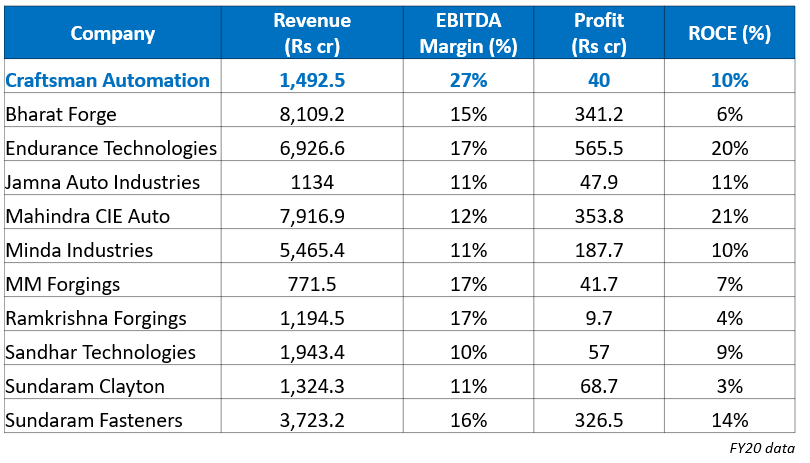 Issue Size: The Rs 824-crore issue comprises a fresh issue of shares worth Rs 150 crore, and an offer-for-sale of up to 45 lakh equity shares by promoters and existing investors. The proceeds will be used to repay certain borrowing and for general corporate purposes.

At the higher end of the price band, Craftsman Automation is aggressively priced at a P/E ratio of 73 times FY20 EPS (on a pre-issue basis). However, the asking price comes down to ~46.7 times annualized 9MFY21 earnings, due to higher earnings in the Apr-Dec 20 period.

While the company has better EBITDA margins compared to peers, its return ratios and debt profile is not. On the positive side, a bulk of the capex is done, and growth prospects look good.