We saw a wall-street recap of movie Margin Call during the start of the week as firesale of various securities held by a hedge fund (Archegos) spooked investors. Treasury yields remained volatile during the week as bond investors weighed the consequences of more stimulus. However, President Biden's USD 2.25 trillion infrastructure spending proposal stole the spotlight from bears, and markets soared to new highs as macro data indicated faster-than-expected recovery.

President Biden's American Jobs Plan materialises during the end of the week:

Biden's plan, titled as the 'American Jobs Plan' proposes USD2.25 trillion in new spending over the next eight years on transportation & internet infrastructure, manufacturing, clean energy and research and development, among other sectors.

What could be the impact on the economy?

Well, execution remains the key. The massive USD2.25 trillion proposal following the two of the largest stimulus bills over the last 50 years (USD2.3 trillion Cares Act and the USD1.9 trillion American Rescue Plan) has the power to lift up the competitiveness of US infrastructure, bring in technological advancement, and also increase productivity, leading to a stronger labour market.

Archegos Capital Management had taken positions in various stocks using borrowed money. It had pledged the shares as collateral with the brokers. The family office was forced into a fire sale of securities worth USD20 billion, after some of its portfolio stocks witnessed a significant price fall.

The fall in prices of its portfolio stocks triggered margin calls. As Archegos wasn’t able to bring in additional margins, marquee banks including Nomura, Credit Suisse, UBS, Deutsche Bank, Goldman Sachs and Morgan Stanley had to liquidate the holdings of Archegos.

The Equity Market fell amid this news during the initial days of the week, however recovered sharply as President Biden announced the infrastructure spending bill.

The large-cap S&P 500 Index crossed the 4,000 threshold for the first time in history amid all the positive news surrounding the economy. The upside trend can be attributed to technology along with consumer sector stocks.

The week saw treasury yields soaring to a 14-month high, as investors were concerned about the impact of the mega infra stimulus plan on inflation. The yields eased back on Thursday, due to higher-than-expected weekly jobless claims. 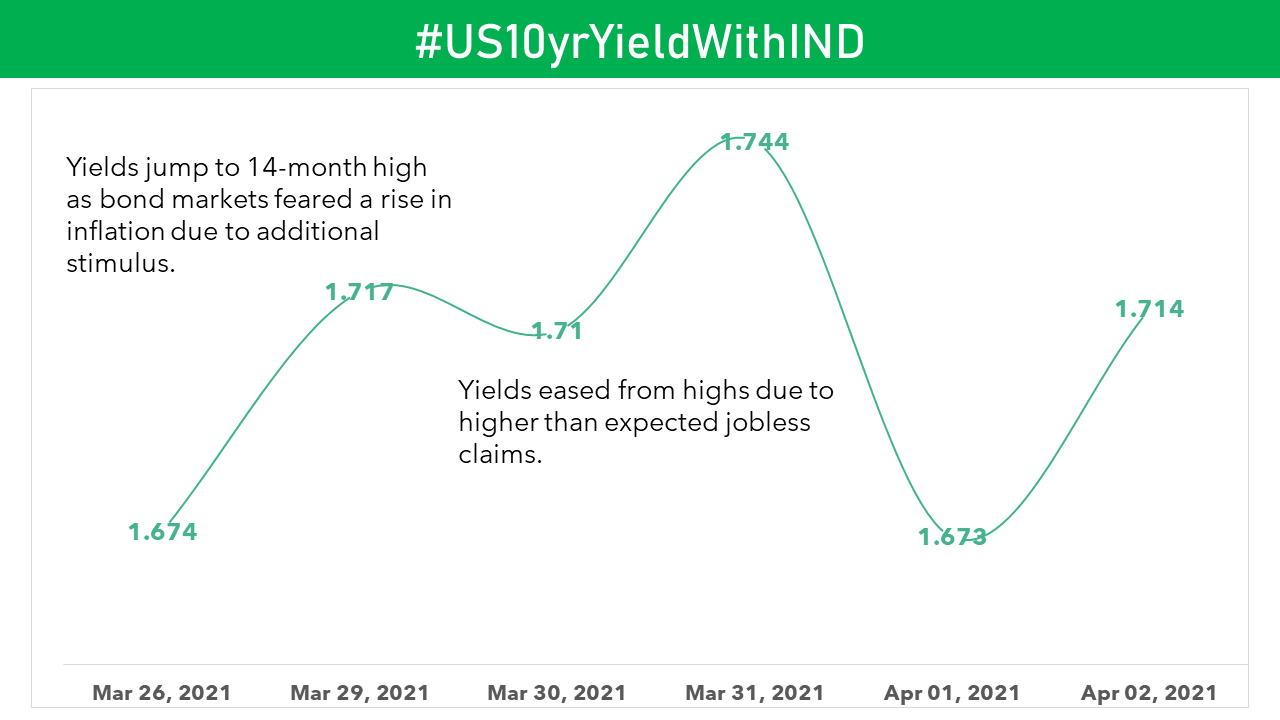 Oil ended the week higher after the OPEC+ alliance decided to raise output by 350,000 bpd in each of May and June. 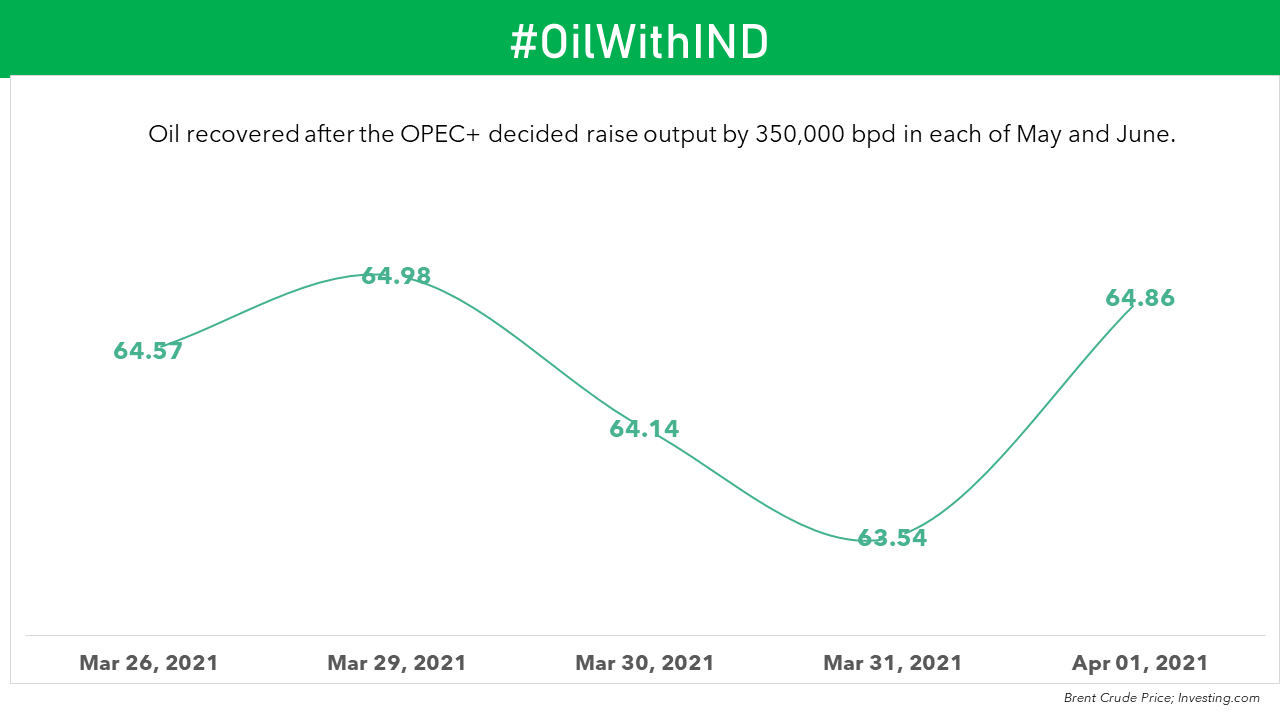