Home
>
Articles
>
A busy week for the markets!

A busy week for the markets!

Equity markets can also fall for 4 days in a week - investors know this now :)

The equity investors saw indices falling by more than 2% in the week - following many weeks of continuous rise. The decline can be attributed to profit-booking amid weak global equity market signals. 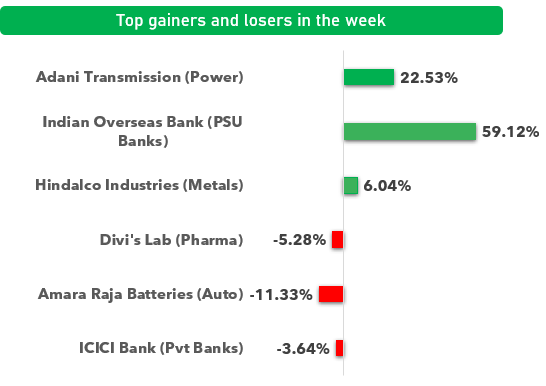 Now, let's also not forget that we have a Bond market - which is making everyone nervous

The debt markets have been rattled after the government announced massive ₹80,000 crore borrowing plans in Budget 2021 to fund the widening fiscal deficit. At 9.5% of GDP in FY21, the expected fiscal deficit is sharply above street expectations. This has led to viscous sell-off in the bond market, leading to a spike in bond yields and consequent capital loss in bond portfolios. 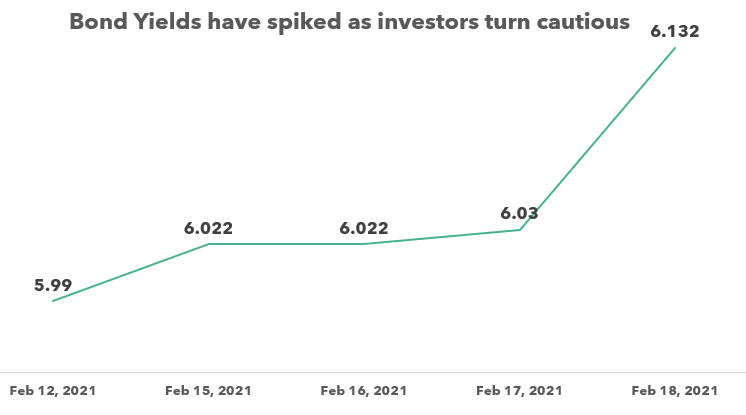 Oil prices have soared in the week to hit one-year high, as cold weather has led to supply disruptions. Oil producers and refiners in Texas have remained shut for the last one week due to severe cold weather (-22 degrees). The impact from this cold weather has been much more severe than what analysts were initially expecting. However, the prices eased in the last two days, after Texas energy companies began preparations to restart oil and gas production on Thursday. 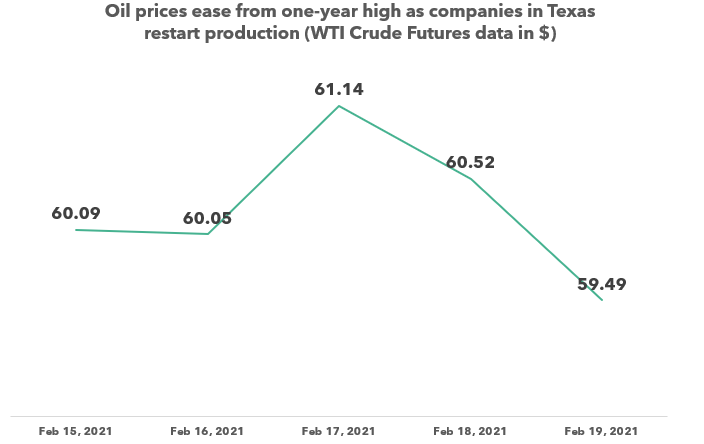 Gold prices continued to drop in the week, down to around Rs 46,000 per 10 gm. Gold prices have been on the decline amid optimism of a faster global recovery, fueled by vaccine rollouts and hopes of more stimulus. This has led to a risk-on sentiment among investors, leading them to move away from the yellow metal.

Nippon India Nifty 50 Value 20 Index Fund Analysis: This index chooses 20 stocks from the Nifty 50 based on certain criteria which indicate value. Stocks are selected on the basis of ROCE (Return on Capital Employed), P/E, P/B and Dividend Yield. View our analysis!

Bharti Airtel- Warburg Pincus deal: Bharti Airtel has announced that it will acquire a 20% equity stake in its DTH arm Bharti Telemedia for Rs 3,126 crore from an affiliate of Warburg Pincus. Check out the impact here