Nifty ended this week in the red after gaining for three consecutive weeks. The Indian indices closed in red, 4 days out of 5 trading days. The key highlight of the week was RBI's MPC updates. Let us look at everything that happened in the week.

The Indian market opened the week with a gap-up on Monday but gave away all the gains as investors exercised caution ahead of RBI's MPC meeting's outcome. The fall was led by tech stocks. The LIC market cap slipped below Rs 5 lakh crore.

The Indian market closed in the red on Wednesday for the third consecutive day after the RBI hiked the policy repo rate by 50 bps to curb inflation. Oil extended gains from the highest close in 3 months as the US summer driving season ramps up and China emerges from virus lockdowns.

The market opened on a negative note on Thursday but saw a reversal in the last hour to break the three-day losing streak and ended on a positive led by the IT and Healthcare sectors. Indian Rupee hit a fresh low against the dollar as FIIs continue selling.

Both the major indices tanked by more than 1.5% on Friday led by the IT index, which fell by 2.26%. The banks continued to announce a hike in lending rates after the RBI policy. Investors continue to wait for US inflation data. 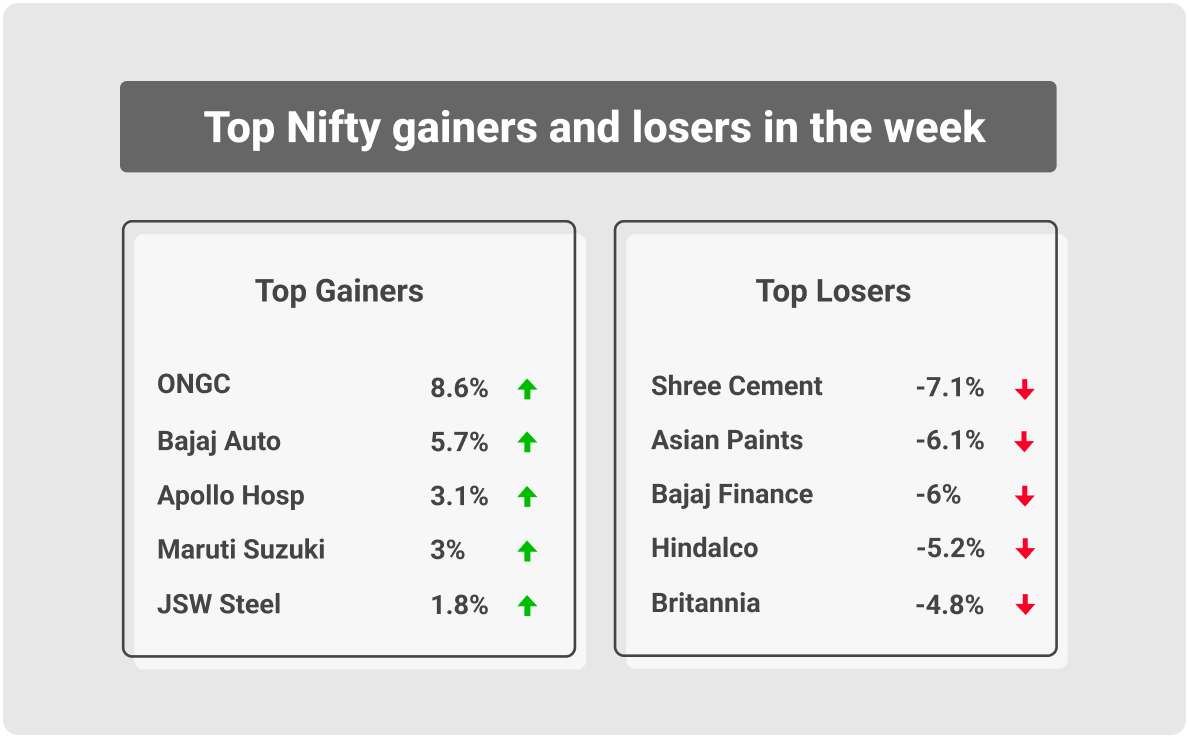 Key highlights of the week:

RBI's MPC - The RBI has hiked the policy repo rate by 50 basis points to 4.90%. Last month, RBI increased the repo rate by 40 bps. It has also decided to raise MSF (Marginal Standing Facility) Rate & Bank rate to 5.15% from 4.65%. Check other important updates from the MPC meeting here.

Raghuram Rajan on inflation - According to a terrain expert and former governor of the Reserve Bank of India, the inflation peak is still some distance away. According to him, there is a case to be made that there are still some effects of, for example, the recent oil price increases, which will feed into both headline inflation and eventually into the core.

Bond yield rises - With the Reserve Bank of India hiking rates to curb inflation, bond yields have risen to their highest levels at 7.52% on Tuesday, the highest level in nearly three and a half years. In this calendar year, yields on the benchmark 10-year bond have climbed 107 basis points.

LIC continues to slide - Shares of LIC fell for the ninth consecutive session to end the week at Rs 709.70 per share. Investors remain jittery over further selling pressure on the counter ahead of the end of the lock-in period for anchor investors in the company’s initial public offering. The lock-in period for anchor investors is expected to end on June 13. It will allow such investors to sell their existing shares in the market.