Profit down, but beats estimates: Bajaj Auto has reported a 20% on-quarter decline in net profit to Rs 1061 crore in Apr-Jun 21 period, as the second wave of the pandemic impacted operations in the quarter. This was above analyst expectations of Rs 950 crore. On a yearly basis, the net profit has recorded a 101% rise.

Revenue declines: Revenue from operations fell 14% QoQ to Rs 7,386 crore, beating estimates of Rs 7,200 crore. As compared to the same period previous year, revenues increased 114%, mainly due to a lower base last year. Bajaj Auto’s operations had been severely affected in the previous year, due to lockdown imposed in March-20. 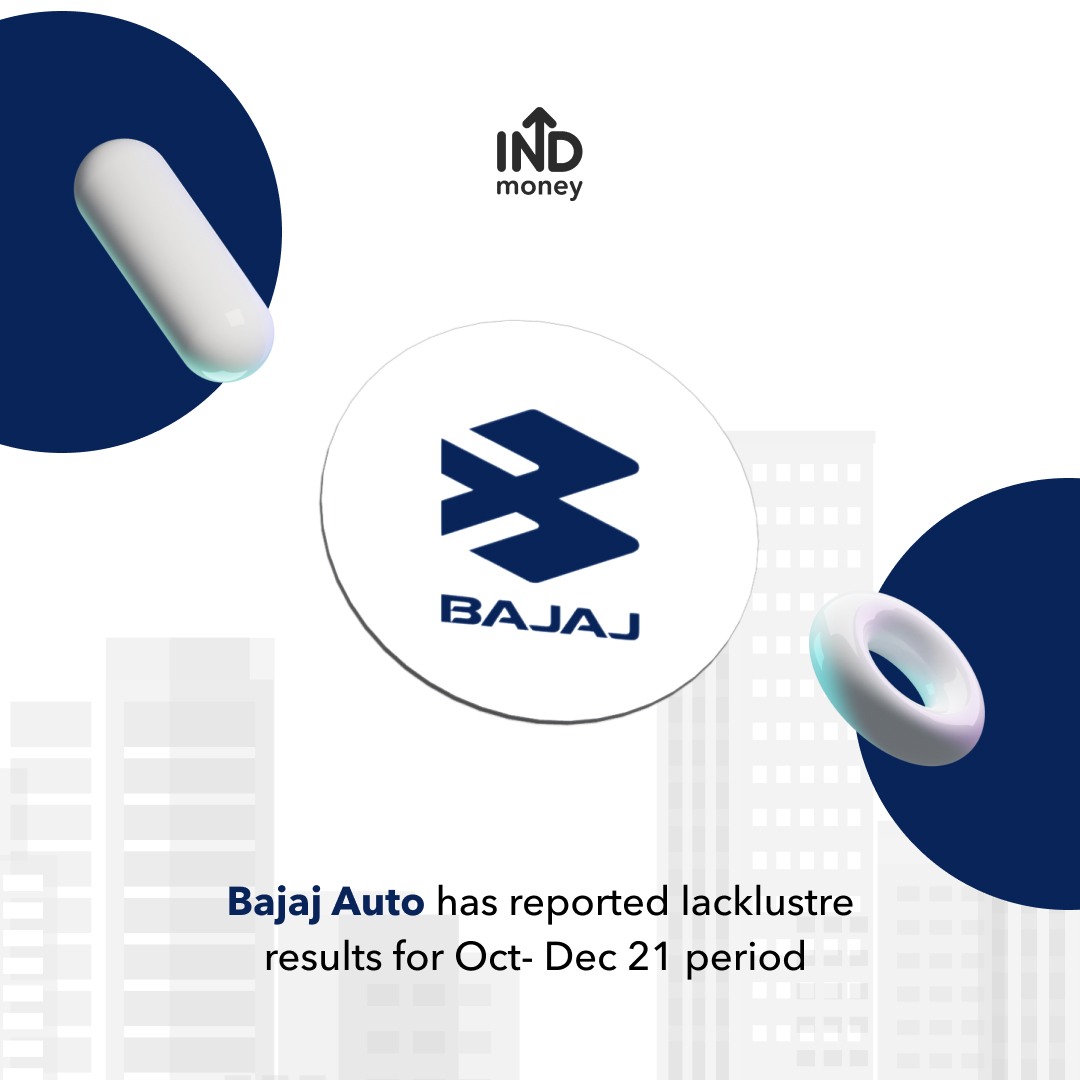 Margins contract: Operating margin contracted to 15.2% from 17.7% in the previous quarter. Lower revenue from operations in the quarter, increase in cost of raw-material weighed on the margins. However, this was partially off-set from higher realisation due to healthy exports and improved revenue mix.

Commercial vehicles (3-wheelers, Carriers) severely affected: Domestic market of commercial vehicles was severely impacted due to lack of commuting demand amid the pandemic. The recovery is dependant on return of adequate short distance mobility demand. Commercial Vehicles sold over 14,000 units in the domestic market, one-third of the CVs sold in the previous quarter. Volumes are still a fraction of pre-pandemic levels.

Exports shine: While the lockdown has impacted the domestic revenues, Bajaj Auto was able to maintain a very healthy volume growth in exports. Commercial Vehicles exports rose 22% QoQ to 92,184 units, while Passenger Vehicles sold remained flat at 5.56 lakh units. he company sold over 6,48,000 units (including both two-wheelers and commercial vehicles) in various international markets, despite challenges in availability of containers. This was against 2,51,840 units it sold in the year-ago quarter.

Bajaj Auto was able to report a good set of numbers for the quarter mainly due to its robust exports. Exports accounted for nearly 64% of the total volumes in the quarter (including two-wheelers and CVs). The focus on premiumisation and better realisation through exports will be major positives going forward.

Two-wheeler sales had seen a very strong recovery in the last two quarters as the economy opened up. However, the onset of the second wave has undone that pace of recovery, due to restrictions and full or partial lockdowns. This resulted in weaker domestic demand, which was partially off-set with strong exports across all major geographies. Going forward, Bajaj Auto is expecting retail sales of motorcycles to improve in the second half on account of pent-up demand in the domestic market after gradual easing of the restrictions. Increase in raw material costs, uncertainly around the developing Covid situation leading to further restrictions remain the major headwinds.